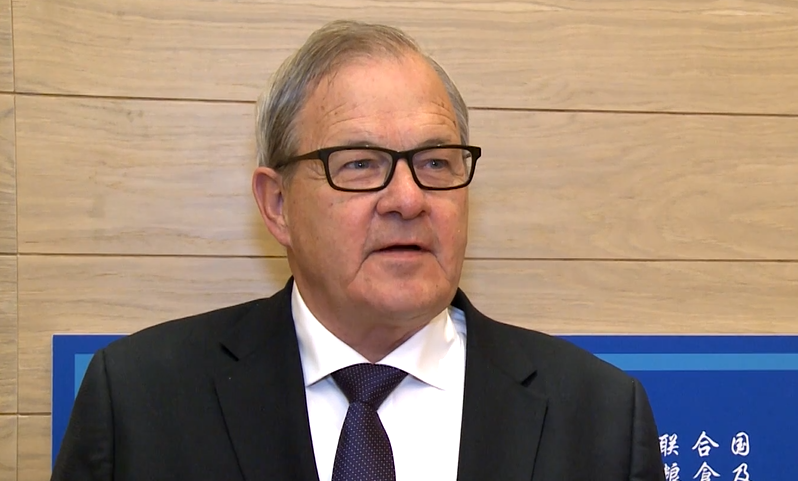 NEW: Testifying before the house veterans affairs committee, Minister Lawrence MacAulay said a VAC caseworker has been suspended after offering MAID to 4 veterans, & that RCMP are investigating.

The four cases don’t include the one I reported today.

VAC has recently come under fire as it has been revealed that a single case worker illegally encouraged struggling veterans to consider ending their lives.

MAID is a type of suicide that is facilitated by doctors and is available to Canadian adults, although the suicide procedure is now making its way into the realm of legal minors.

Veterans Affairs Minister Lawrence MacAulay told members of the House of Commons veterans affairs committee on November 23 that his department originally heard of the illegal action through the media, when it was reported in the summer that a veteran was told to consider suicide.

MacAulay contacted the veteran personally and urged him to come forward after it was revealed that the case worker – who has since been suspended – had told multiple veterans to seek out suicidal options.

That veteran had called VAC seeking help with PTSD and other injuries, and he said that the caseworker said he had helped other veterans commit suicide and that it was a better alternative to “blowing your brains out.”

The investigation has unearthed that this has been happening for years when a veteran called VAC in 2019 with suicidal ideation and was encouraged by the caseworker to seek out medical suicide.

It is not uncommon for struggling veterans to call VAC with suicidal ideation, but MacAulay said that MAID was “inappropriately raised” as it is not the job of the VAC caseworkers to promote the procedure.

When speaking to the House of Commons committee, MacAulay said that“there is no way to justify it” and that “what happened was totally unacceptable.”

He offered an apology to veterans on behalf of VAV, stating, “I am sorry you had to endure these appalling interactions, and we’re doing everything we can to ensure this never happens again.”

Sadly, at least one of the veterans took the suicidal advice and has since been killed after he was encouraged to seek out medical suicide in 2021.

The incidents may constitute criminal offenses as the investigation has now been passed to the RCMP.

The caseworker in question has since been suspended, but not fired, something that committee vice chair Blake Richards pressed MacAulay on during his testimony to the House committee.

“You’ve called it inappropriate, it’s potentially criminal because you’ve referred it to the RCMP,” he said.

There is at least one veteran who has lost their life because of this, and you’re telling me that this isn’t grounds to fire this employee? This employee is still employed at Veterans Affairs? That is completely unacceptable, minister.”

One Canadian veteran who is active on Twitter posted his reaction to the story, pointing out what he viewed as the hypocrisy that suicide is being promoted to veterans of all people.

There’s a policy in place where MAID advocates are going cell to cell offering their services to inmates.

Just kidding. That’s only for veterans.

“There’s a policy in place where MAID advocates are going cell to cell offering their services to inmates. Just kidding. That’s only for veterans.”