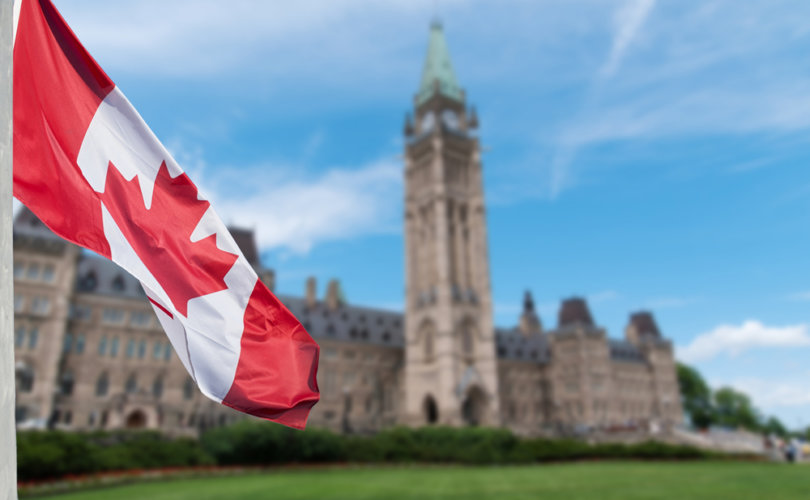 (LifeSiteNews) – A veteran of the Canadian Armed Forces (CAF) is marching from Vancouver, British Columbia to Ottawa to show solidarity with the truckers from the Freedom Convoy as well as to call an end to government COVID mandates.

James Topp, who served for 28 years in the CAF, began his 4,395-kilometer (2,730-mile) journey to Ottawa from the Terry Fox monument in downtown Vancouver this past Sunday.

Video posted by True North News showed a crowd of supporters cheering Topp in a sendoff, with some of them staying the course with him as he marched through Vancouver.

According to True North News, Topp said that the trucker Freedom Convoy in Ottawa, despite being removed by Trudeau’s police over the weekend, gave him new hope and strength and faith in the working class.

“The sounds of our footsteps are going to carry on in front of us,” Topp said.

“They are going to hear our feet out east,” adding he has to “do this” march.

According to his website, Topp “is keen to avoid the identity politics the legacy media are keen fit us.”

“Can’t we all just have respect and compassion for each other and call it a day?” Topp said.

The mission statement for Topp’s march reads, “We rise to serve Canadians with honesty, respect and compassion, for the purpose of reuniting our people. We do this with the intention of ensuring our government upholds the laws that support Canada’s Charter of Rights and Freedoms.”

Topp’s journey can be followed on his website CanadaMarches.ca, which includes a map of his journey through Canada. His team is also posting regularly to Topp’s social media pages on Facebook, Twitter, and YouTube.

Today is day four of the march “to take our freedoms back,” said Topp, with him and his team leaving from Chilliwack, British Columbia this morning.

While Topp has said that he will not accept donations, he said those who want to give can do so with cash donations to WoundedWarriors.ca.

Trudeau took the unprecedented step of enacting the Emergencies Act on February 14, which he claimed was needed to deal with the truckers from the Freedom Convoy who had been in Ottawa for the past three weeks protesting COVID mandates.

Trudeau’s new powers allow the government to freeze anyone’s bank accounts associated with the convoy without a court order. Many who have supported the convoy with donations have already had their accounts frozen.

MPs from Canada’s House of Commons on Monday voted 185-151 in favor of maintaining the EA.

This past Friday, police in Ottawa under the direct orders of Trudeau through the Emergencies Act were ordered to clear out Freedom Convoy protesters and arrest those who did not comply.

The vast majority of protesters on Parliament Hill in Ottawa were peaceful. However, during the clear-out, at least one elderly lady was violently trampled by police.

Last Thursday, two of the main convoy organizers, Tamara Lich and Chris Barber, were arrested by Ottawa Police. Lich has been denied bail.

To contact your member of parliament, please visit this link.

To contact a senator, please visit the link below.

Editor’s note: This article previously used a photo that did not show James Topp, but another man. LifeSiteNews regrets the error.