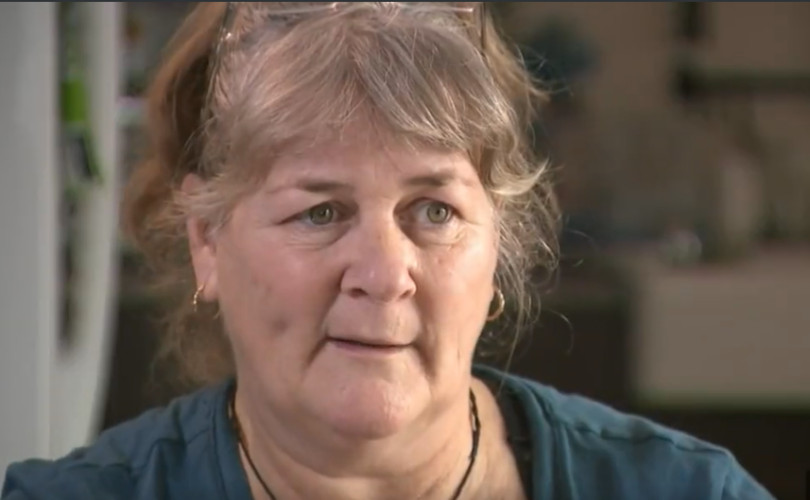 (LifeSiteNews) – Retired corporal Christine Gauthier, who competed for Canada at the 2016 Rio de Janeiro Paralympics and the Invictus Games that same year, told the House of Commons veterans committee last week that she was offered help to commit suicide when she was trying to acquire a wheelchair ramp from Veterans Affairs Canada (VAC).

Canada offers disabled veteran “aid to die” when she asks for a stairlift pic.twitter.com/Xb1PYmSZ2w

She told the committee that she was offered “medical assistance in dying,” which is a type of medical suicide commonly referred to as MAiD.

“I have a letter in my file,” she said, referring to the offer from VAC to help her kill herself.

“I have a letter saying that if you’re so desperate, madam, we can offer you MAiD, medical assistance in dying,” she added.

She wrote a letter to Prime Minister Justin Trudeau attesting to what had happened and said she was even told that VAC would “supply equipment” necessary to kill herself.

Gauthier reacted to the affair in an interview with Global News, saying, “I was like, ‘I can’t believe that you will … give me an injection to help me die, but you will not give me the tools I need to help me live.’”

She said that her “faith will not allow (her) to do it,” referring to committing suicide.

Trudeau, who has long been a champion and who has said he was “hopeful” about broad access to MAiD, said that it was “unacceptable” that Gautier was offered a procedure that his government legalized.

“We are following up with investigations. and we are changing protocols to ensure what should seem obvious to all of us: that it is not the place of Veterans Affairs Canada (VAC), who are there to support those people who stepped up to serve their country, to offer them medical assistance in dying,” Trudeau stated.

Gauthier has competed in several paralympic sports, including para ice hockey, para nordic skiing and para canoe sprinting. She was injured during a training exercise in 1995, and after multiple surgeries, she was still not able to use her legs.

Her case is yet another revelation of a growing VAC pattern where suffering veterans are encouraged to commit suicide medically.

It was unearthed in the summer that at least one VAC case worker had offered medial suicide to multiple veterans, one of whom ended up going through with the procedure.

Now, mentally ill people in Canada can access suicide procedures rather than continue to fight through their mental illnesses.

The expansion of assisted suicide in Canada has led to international backlash, with The New York Times – an historically liberal paper – publishing an op-ed by conservative author Ross Douthat about the effect of medical suicide in Canada.

In a piece called “What Euthanasia has done to Canada,” Douthat wrote, “It is barbaric, however, to establish a bureaucratic system that offers death as a reliable treatment for suffering and enlists the healing profession in delivering this “cure.” And while there may be worse evils ahead, this isn’t a slippery slope argument: When 10,000 people are availing themselves of your euthanasia system every year, you have already entered the dystopia.”