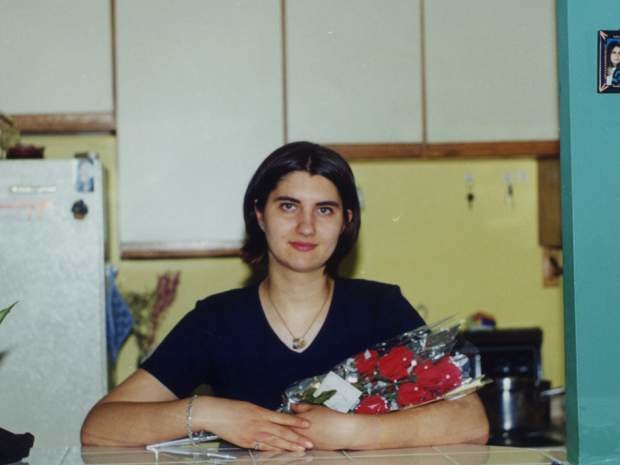 A woman charged with leaving the body of her full-term baby daughter wrapped in a plastic bag on her apartment balcony in 2006 was found to be within her legal rights by an Ontario judge. The judge ruled there was a “reasonable possibility” that the mother killed her daughter before birth and then self-aborted — a decriminalized procedure in Canada — before concealing her body.

“The practical effect of the law, as I interpret it, is that any woman can destroy her near-term or term fetus and can induce an abortion accordingly and do what she will with the remains without risking any criminal sanctions,” wrote Justice Toni Skarica in his decision, released Wednesday from a Brampton courthouse.

The judge said that while he found his own verdict “deeply disturbing” and “disgusting at any moral level,” he was nonetheless “bound by the law as the Supreme Court of Canada interprets it.”

Levkovic admitted to police that she abandoned her daughter’s body on the balcony of her vacated apartment in Mississauga, Ontario after a building superintendent’s discovery of the remains garnered media attention.

According to Levkovic, an accidental fall caused the baby to be unexpectedly born in the apartment. Levkovic was never made to testify whether the baby was born alive or dead. The baby was found in a blue nylon bag wrapped in blankets. Levkovic was then charged under a Criminal Code provision (s. 243) that prohibits concealing the body of a child who has died, whether the death occurred “before, during, or after birth.”

The case began to wind its way through the courts after an Ontario Superior Court ruled in 2008 that the law was unconstitutionally vague, noting that it preceded the legalization of abortion. But the Court of Appeal disagreed and ordered a new trial. Levkovic appealed the decision and wound up in the Supreme Court in 2013.

Life-and-family leaders at the time saw the case as potentially explosive since it could trigger a national debate regarding the ‘personhood’ status of the pre-born as well as the lack of abortion law in Canada since the 1988 Morgentaler decision.

But skirting around the issue, the Supreme Court ruled that the law “applies only to stillbirths ― not to miscarriages or abortions,” dictating that a “fetus becomes a child for the purpose of s. 243 when the fetus has reached a stage when, but for some external event or circumstance, it would likely have been born alive.”

“To support a conviction under s. 243, it must be shown that the ‘remains’ disposed of were the remains of a child,” said the Supreme Court. “In cases involving death before birth, the burden is therefore on the Crown to prove that the fetus would likely have been born alive.”

Justice Skarica ruled on Wednesday that since evidence could not determine that the child was born alive, there was no ground upon which to convict Levkovic.

“We have also been clear throughout that this case represented an unwarranted encroachment on a woman's reproductive choice,” he told Mississauga News. “There are no limits, in law, as to when or how a woman exercises her right to abortion in Canada, and while Justice Skarica, in his ruling, bemoaned Parliament's inaction on the abortion issue in this regard, the law is the law, and we are entitled to rely on the law as it stands.”

This is not the first time Levkovic has been involved in the death of one of her children.

Levkovic’s former partner and pimp Mark Hinds testified to police in 2005 that three years prior, Levkovic gave birth to a living child in a toilet in their basement apartment. Hinds testified he was present for the birth and heard the baby “make noises” while struggling in the toilet water. He gave Levkovic scissors to cut the umbilical cord.

“Once that was done, [Levkovic] returned to the bedroom, leaving the baby in the toilet until it stopped moving,” Hinds testified.

After the baby had died, Hinds said Levkovic put the baby inside a garbage bag which was placed inside a freezer, where the corpse remained for approximately three years until Hinds had a friend dispose of it in the Humber River.

Hinds died in 2006 and the case never went to trial.

“It's only an unborn baby. If a baby dies in the womb, so what? Right feminists? Right,” she wrote on her blog Big Blue Wave.

“So the status of the baby depends entirely on what the mother wants,” she commented.

“Were it not for this reasonable possibility of a self-induced abortion, I would have no hesitation, despite the able arguments of defense counsel, to otherwise convict the accused of this offense.”

“You, Ivana Levkovic, have brought shame and community repulsion upon yourself,” he wrote.

Oakville pro-life lawyer Geoff Cauchi told LifeSiteNews that the judge was right to “express disgust” over what this woman did, but compared him to “Pontius Pilate who washed his hands of it.”

“A brave person would challenge the Supreme Court on appeal to strike down its decision,” he said.

Cauchi explained that an upright judge could have employed the Nuremberg principles — a set of guidelines used to convict Nazis following World War II who claimed to be following the law and legitimate orders when operating extermination camps — to challenge the Supreme Court’s understanding of the humanity and personhood of the pre-born.

“A person who had the courage of his convictions would challenge the Supreme Court because of the fact that the law [in not endowing the pre-born with legal recognition] is contrary to natural law.”

Cauchi said history is replete with examples of people challenging their country’s highest court, such as when Abraham Lincoln challenged the Supreme Court in the United States after ruling blacks were not persons.