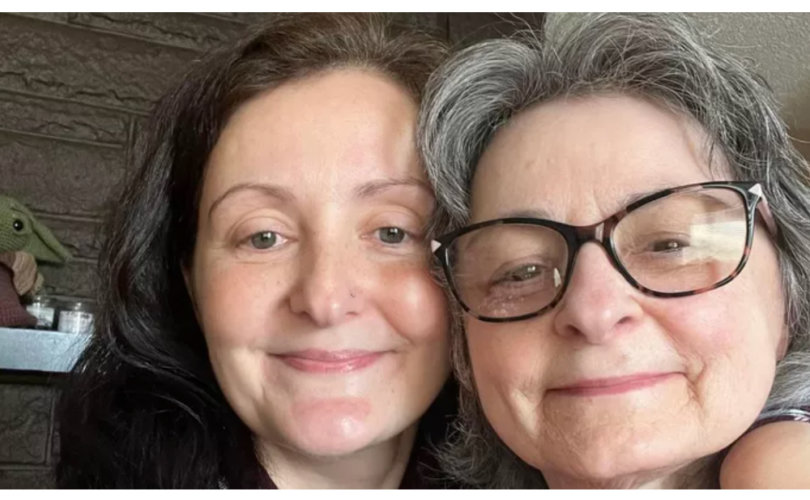 SASKATOON, Saskatchewan (LifeSiteNews) – A Canadian woman dropped dead at her local pharmacy only minutes after getting a COVID booster jab.

As reported by the Western Standard, on September 14, the now deceased Carol Pearce went to her local Shoppers Drug Mart in Saskatoon, where she got a COVID booster shot.

While waiting for the mandated 15-minute post-jab rest period, Pearce “dropped dead before she hit the floor” according to Shoppers Drug Mart workers.

Pearce had been texting her daughter Stephanie Foster right after she had received the jabs.

According to Foster, only a short while after her mom had told her she had received the shot, Shoppers Drug Mart said she fell to floor.

“It was right after then that they say ‘she dropped dead before she hit the floor’,” noted Foster. “That is what the docs have told us.”

According to the family, Pearce was in good health overall. Her family is now alleging she died from the COVID jabs.

“My beautiful Mother’s life was taken yesterday by the COVID BOOSTER SHOT,” wrote Foster.“She had no medical issues at all.”

Foster, whom in the text chat told her mom she did not “want another” jab, said that Pearce’s death should have never happened. “Had they known what they were shooting into us!!! My Mom would still be here!!!”

Twitter user Heart4Truth went in person to the Shoppers Drug Mart to record an undercover video to enquire from the pharmacists if they had seen anyone have a bad reaction to the COVID jabs.

— Article continues below Petition —
PETITION: Demand the Conservative Party apologize for not resisting Trudeau's COVID regime
Show Petition Text
4417 have signed the petition.
Let's get to 5000!
Thank you for signing this petition!
Add your signature:
Show Petition Text

On Wednesday, a woman dropped dead at this Saskatoon Shoppers Drug Mart after her booster. A friend of mine witnessed it. Two days later, they are refusing to be honest with people about the potential harms. Please share, it could save someone’s life. pic.twitter.com/hvhKwl1TVy

1
Former NFL linebacker dies suddenly at 25, no cause of death given
2
Fr. Gerald Murray slams Pope Francis’ comments on homosexuality, African bishops
3
Mark Houck acquitted on both charges in major pro-life victory
4
Harrison Butker gives ‘all glory to God’ after kicking his team to the NFL Super Bowl
5
The real reason why liberal bishops are trying to shut down the Latin Mass
Subscribe to Daily Headlines »