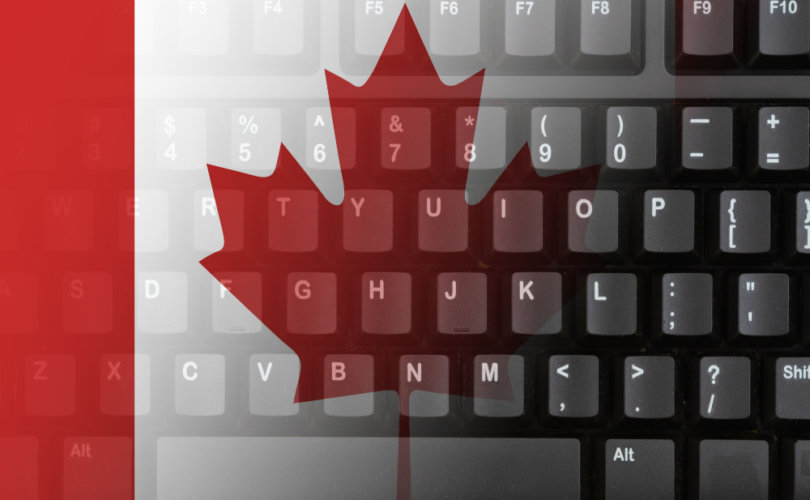 OTTAWA (LifeSiteNews) – Canadians are urged to contact their Senator to voice their concerns over an internet censorship bill before it faces a vote in the fall. If passed, Bill C-11 would expand government control of free speech through potential new draconian web regulations.

The bill had been pushed hard by the Liberal Canadian government of Prime Minister Justin Trudeau. It passed the House of Commons in June by a 208-117 vote with support from the socialist NDP party and separatist Bloc Québécois.

The bill is now before Canada’s Senate for second reading, and it is anticipated the upper house will take its time over the summer studying the bill before a vote this fall.

Indeed, Trudeau’s Liberals know there is strong opposition to the bill, as can be attested by the fact they voted to shut down debate on Bill C-11 in the House of Commons before its passage in June.

This meant the bill was rushed through the House of Commons with over 150 last-minute amendments added that MPs were unable to question.

Conservative Party MP and leadership candidate Dr. Leslyn Lewis promised that if elected party leader and then Prime Minister she will repeal any internet censorship legislation being pushed by the Liberal Party that becomes law.

Trudeau’s push to censor free speech does not stop with Bill C-11, however. Recently, some of his now say “misleading political communications” needs to be regulated.

There is also Bill C-18, which seeks to regulate the internet and force Big Tech companies to champion selected media outlets based on a special designation given by the federal government.

The time is now for Canadians everywhere to stand up against the government overreach of Trudeau and raise their voices in opposition to his push to censor the internet.

To make your voice heard, please contact the senator for your province using the link below: