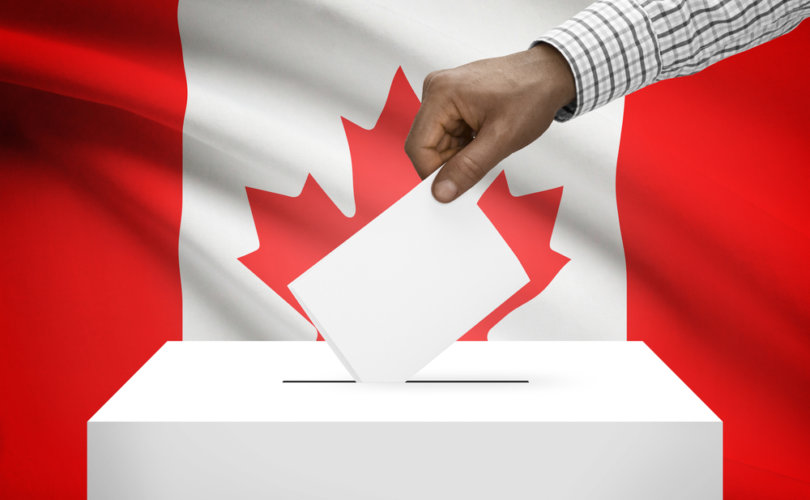 (LifeSiteNews) — Canadians looking to support pro-life and pro-family candidates have well over 100 options to choose from as they vote in Monday’s 2021 federal election.

A total of 338 candidates will be chosen by voters to sit in Canada’s parliament.

LifeSiteNews has also published an analysis of where major party leaders stand on issues of life, family and freedom.

Trudeau, who is also Liberal Party Leader, has repeatedly confirmed his pro-abortion stance.

The People’s Party of Canada (PPC) bills itself as the “freedom” party and allows both pro-life and “pro-choice” candidates, but has no official stance on abortion.

It’s leader Maxime Bernier, while having a mixed voting record on life and family issues, said he is against “sex-selective abortion.”

“What is my personal opinion on that? I am the only leader of a political party that said publicly ‘I’m against sex-selective abortion.’ And I’m against late-term abortion … We are not a real democratic country when you can kill babies,” said Bernier.

Leader of the New Democratic Party Jagmeet Singh has many times voted against life and family, notably when he was a member of provincial parliament (MPP) in Ontario.

In 2019, Singh tweeted: “Abortion is a fundamental right.”

The only fully pro-life party in Canada is the Christian Heritage Party.

Recent polls show a near neck and neck race between the CPC and Trudeau’s Liberals, with most predicting whichever party wins to form a minority government.

Voting locations and times can be found on the Elections Canada website.