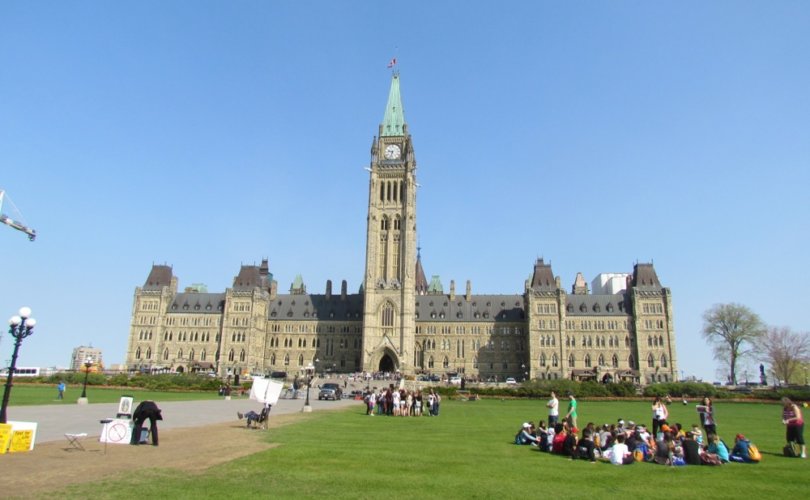 OTTAWA, May 20, 2016 (LifeSiteNews) — Concerned Canadians are urged to head to Ottawa June 1 to protest the Liberals’ Bill C-14 legalizing euthanasia and assisted suicide.

The demonstration will take place from 12 noon to 1:30 on Parliament Hill.

“The rally may be our last opportunity to challenge Canadian society concerning euthanasia and assisted suicide and the dangerous language contained within Bill C-14,” says Alex Schadenberg, executive director of the Euthanasia Prevention Coalition.

The EPC, along with the Living with Dignity Network and the Physicians’ Alliance Against Euthanasia, is organizing the rally.

Bill C-14 is the Liberals’ legislative response to the Supreme Court decision striking down the law that prohibits assisted suicide and euthanasia, a ruling that takes effect June 6.

But it is a “dangerous bill that does not protect vulnerable Canadians,” Schadenberg stressed. “Bill C-14 provides a perfect cover for murder.”

“Parliament could follow the Supreme Court decision and still protect Canadians from euthanasia and assisted suicide,” he said.

The Liberal government has twice shut down debate on Bill C-14 to force the bill through the House of Commons, claiming it has to meet the June 6 deadline.

After it passes third reading in the House, the bill will go to the Senate, which has already tabled a pre-study report recommending amendments to the bill.

Schadenberg says concerned Canadians must now contact senators with their concerns. The Senate and the House must both approve the bill before it becomes law.

He urged people to plan to attend the June 1 demonstration, and if they cannot, to pass on information, here, through social media.

For information on senators, go here. To donate to the cost of the rally, go here.