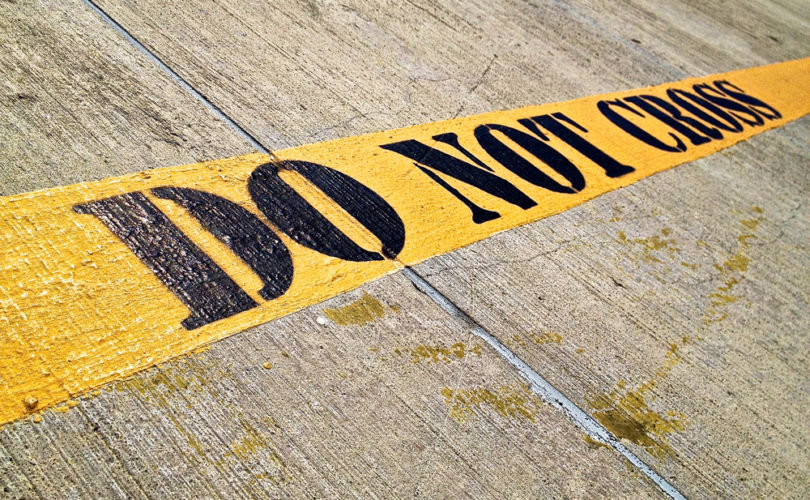 Simon Corbeil, the Attorney General of the ACT, the self-governing territory covering the national capital at Canberra and its surroundings, said the new law would end “protesting or behaviour that increases emotional distress or may prevent women from accessing legal and medically recognised health procedures.”

But Bev Cain of the ACT Right to Life Association told reporters her members did none of those things but were just “praying to hopefully raise the social conscience of people who may or may not be seeking an abortion.”

The law is a stiff one.  For a zone of 100 metres around abortion clinics such as the one in the ACT Health Building in downtown Canberra where last Friday’s charge was laid against an unidentified vigil keeper, passive activities such as carrying signs or pamphlets bring a fine between $750 and $3750 and between $1500 and $7500 for taking pictures or videos.

The law calls for clinic staff to ask the “protesters” to leave. If they don’t, police are called, who then lay the charge.

Pro-life people have been outside the ACT Building for 17 years, without reports of any breaches of the peace such as obstruction. But pro-abortion groups claim the pro-life presence leaves clinic customers feeling “ashamed and judged.”

Marcia Williams, the head of the Women’s Centre for Health Matters and Sexual Health and Family Planning, told reporters, “Anecdotally, we often get emails, we often have conversations with people that work in that building, and … what we hear is they do feel considerable distress in response to having those people there.”

But Mary Collier of the Australian Right to Life Association told LifeSiteNews, “What gets forgotten is that the women going into the clinics are already anxious, but because they haven’t had proper counselling. They are not at peace with their decision.”

Collier said her group counts several hundred “turnarounds” in recent years at clinics in Melbourne: women who have changed their minds after seeing pro-life messaging or been persuaded by pro-life street counsellors.

“A lot of the women believe their anxiety will go away if they just get rid of the baby, but it can come back years later,” Collier said.

The ACT’s anti-free speech law joins those of the states of Victoria and Tasmania, though the former’s has not come into force. It was initiated in the ACT legislative assembly by a Green MLA but supported by the governing Labour Party, and opposed by the Liberals.

“There is freedom of speech to express your views about anything you please in Australia except this one thing,” said Collier. The Victoria legislature is now considering an infant viability bill that would prohibit abortions after 24 weeks gestation, the first such legislation to be introduced there.