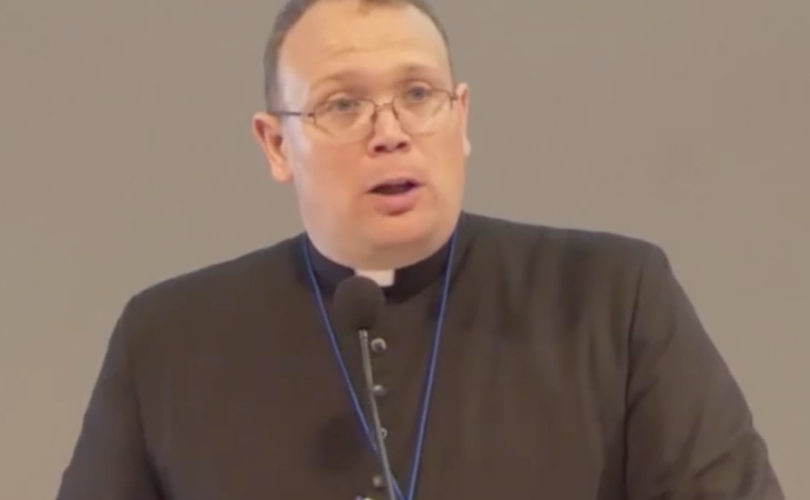 BELOIT, Wisconsin (LifeSiteNews) – The Coalition for Canceled Priests held its one-year anniversary event on Thursday, June 23 and Friday, June 24. Hundreds of Catholics from across the United States attended the gathering.

Speakers at the event, which was titled “Finding Hope in the Desert,” touched on a variety of topics, including Pope Francis, the Great Reset, and more.

Kwasniewski, who has written for LifeSite for many years and recently released a book titled “True Obedience in the Church: A Guide to Discernment in Challenging Times,” had the distinction of informing the several hundred Catholics who attended the event that Roe v. Wade had been overturned.

Kwasniewski was in the middle of his presentation “Canceled Prophet & Glorious Confessor: St. John the Baptist” when emcee Tom Oglesby informed him of the Supreme Court’s decision. The crowd erupted in cheers for nearly a minute after Kwasniewski’s announcement.

Coalition co-founder Fr. John Lovell told LifeSite he has been blown away by the support they’ve received over the last year. He says that one of the most common misconceptions people have is that canceled priests are pedophiles or guilty of some other sexual crime.

“In reality, canceled priests – the ones we are here to help and provide support for – are the ones who simply want to uphold Church teaching,” Fr. Lovell said. “Sometimes that means saying the Latin Mass. Other times it simply means giving Communion on the tongue. Either way, the bishops are going after them for defending the truth, which is not always politically correct.”

Fr. Lovell added that the Coalition’s goal is to get priests back into public ministry in the diocese in which they were incardinated in. He also explained that the Coalition has a thorough background check system that ensures priests who come to them have good, moral character and that they have not committed any misconduct previously.

The Coalition is currently raising $2.1 million for a retreat center for canceled priests in northwest Indiana. Click here to donate.

Plans are already underway for next year’s anniversary event, which will be held in Schererville, Indiana.