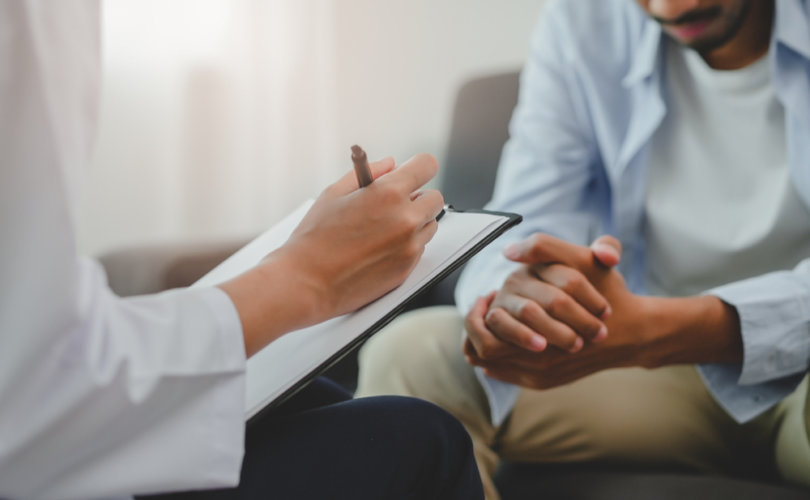 (LifeSiteNews) – The accumulated backlog of British cancer patients waiting to receive first treatments since lockdown began in 2020 could take over five years to clear, a leading cancer charity has warned.

MacMillan Cancer Support, one of Britain’s largest specialist cancer-care charities, has estimated that in the two years since lockdown measures were implemented – during which time hospitals focused almost entirely on receiving COVID-positive patients while local doctors conducted appointments over the phone or via video call – around 32,000 more people than would normally be expected have not started initial cancer treatment.

Analyses by MacMillan over the 2020-2022 period showed that, at the current rate of first treatments for cancer in England’s National Health Service (NHS), clearing the backlog could take until late 2027.

In order to bring the backlog under control within one to two years, MacMillan suggests that the rate of first treatments for cancer patients must increase by around 5–10 percent above pre-lockdown levels.

This has not yet been achieved, MacMillan’s analysis showed.

Cancer diagnoses were also down, the charity discovered, dropping every month between May and November last year. The charity suggested that the number should have increased, leaving the possibility that cases are going undiagnosed, they said.

MacMillan chief executive Lynda Thomas noted that the “backlog is worse than we originally predicted,” adding that while “problems were already there prior to the pandemic,” chronic staff shortages “at every stage of the cancer pathway has led to the fact that the target for 75 percent of people to be seen and start treatment within 62 days of a diagnosis has never, ever been met, and this has been made worse.”

According to NHS cancer targets, the healthcare system aims to maintain an 85 percent rate of first treatment for cancer patients within 62 days of an urgent referral from a general (i.e. family) practitioner. The latest available data, according to the Daily Mail, shows that this standard has not been reached since around 2014 and that only 67.5 percent of such referrals were actioned within two months as of November, 2021.

Thomas said it is “deeply troubling to see thousands of people still facing unacceptably long waits for a cancer diagnosis and treatment. We are hearing every day from people who are experiencing huge amounts of anxiety and distress that any delays could impact their health and chances of recovery.”

“Everyone deserves high quality care that addresses all of their needs,” she continued, lamenting that “the NHS does not have enough cancer professionals to provide this support and people living with cancer are facing detrimental effects to their physical health and overall wellbeing as a result.”

A spokesman for the Department of Health and Social Care said that the NHS is set to implement a new 10-year cancer plan which “will lead Europe in cancer care.”

“Our plan to tackle the COVID backlog and reduce cancer waiting times includes rolling out up to 160 community diagnostic centres across the country – with 88 already open and over 800,000 additional scans delivered – and our record investment in the NHS will help deliver an extra nine million checks, scans and operations by 2025,” the spokesman said.

Meanwhile, a record-breaking 2.7 million Britons were referred for checks for suspected cancer over the last year, rising by almost 300,000 over the period just before lockdowns were implemented.

Minesh Patel, head of policy at MacMillan, said that while it is “reassuring to see record numbers of people coming forward with cancer symptoms for these life-saving checks,” that “people living with cancer are often missing out on crucial care as a result of chronic NHS understaffing.”

It is therefore “vital,” she said, that “the government includes steps in the upcoming 10-Year Cancer Plan to grow the number of cancer professionals so that people living with cancer receive the quality and timely care they desperately need.”