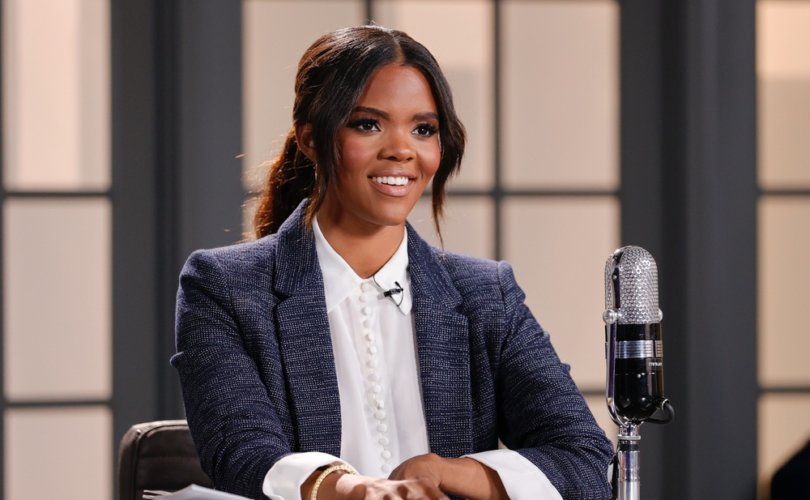 (LifeSiteNews) — Conservative commentator and author Candace Owens spoke out Friday in support of rapper and pro-life Christian convert Kanye West, agreeing with West that ​​extremely high rates of abortion in the U.S. black community are equivalent to an ongoing and deliberate “genocide” against black Americans.

Responding to West’s comments, Candace Owens, author of Blackout and host of the eponymous Daily Wire talk show Candace, told Fox News, “You know, I’ve spoken to Kanye about this at length in person, and this is something that he is very strong on and he is actually very correct on.”

“You see so often the left and the liberals talking about Black Lives Matter, but when you mention abortion to them, they suddenly get very shy and very quiet,” said Owens, who founded the Blexit Foundation with conservative speaker and former police officer Brandon Tatum to encourage black Americans to shake off their generational attachment to the pro-abortion Democrat party.

“That’s some real data that we can actually take a look at. It is true that the black population would be double what it is today if it wasn’t for abortion,” Owens said.

A Live Action analysis of CDC data from 2016 found that approximately 649 black babies were killed through abortion every day that year.

The CDC’s most recently released data indicates that some 117,626 black babies were the victims of surgical abortion in 2018, accounting for 33.6% of all abortions that year in spite of the fact that black women comprise only about 13% of the U.S. female population.

According to the data, the number of black babies killed through abortion is equal to a third of the number of born black Americans (341,408) who died in 2018. Since federal abortion statistics are hindered by voluntary reporting and variable standards among the states, the actual numbers are likely much higher.

In her Friday comments to Fox News, Owens agreed with West’s assertion that Planned Parenthood’s founding purpose was to perpetrate eugenics and to deplete the U.S. black population.

“It is true that Planned Parenthood was founded by a eugenicist, who did not want black people to procreate,” Owens said. “So, quite frankly, Margaret Sanger, she was a success story. She created Planned Parenthood, and she wanted to target people that she saw as not wanting to be reproduced in this society, and black people were targeted.”

“It has been successful, so Kanye West is right to continue to beat the drum and to draw attention to this issue,” Owens said.

Pro-life advocates have extensively detailed the fact that Planned Parenthood founder Margaret Sanger was a member of the American Eugenics Society who wrote that the “campaign for birth control is […] practically identical in ideal with the final aim of eugenics.”

In her autobiography, Sanger admitted that in 1926 she spoke to the “women’s branch of the Ku Klux Klan,” through which she said she “accomplished my purpose” by inspiring a “dozen invitations to speak to similar groups.”

A 2015 policy report submitted to the U.S. Congress by the Center for Urban Renewal and Education (CURE) observed that “the leading consumer of the abortionists’ services is the African-American female.”

In its report, CURE argued that “[t]he prevalence of abortion facilities within minority communities serves as a major contributor to the rate in which black women obtain abortions,” citing a study released by Protecting Black Life, an outreach of Life Issues Institute, which concluded that “79% of Planned Parenthood’s surgical abortion facilities are strategically located within walking distance of African and/or Hispanic communities.”

“This study coincides with historical revelations that eugenicists dating to the mid-1900s, ‘[argued] that the most effective way they could advance their agenda would be to concentrate population control facilities within targeted communities,’” the report stated.

The racist and eugenicist ambitions of Planned Parenthood’s founder has caused discomfort among modern abortion supporters.

Despite the erasure of Sanger’s name from the building, pro-life advocates have pointed out that Planned Parenthood continues to perform the work desired by 20th century eugenicists.

A 2018 op-ed in the Wall Street Journal noted that “[in] New York City, thousands more black babies are aborted each year than born alive.”