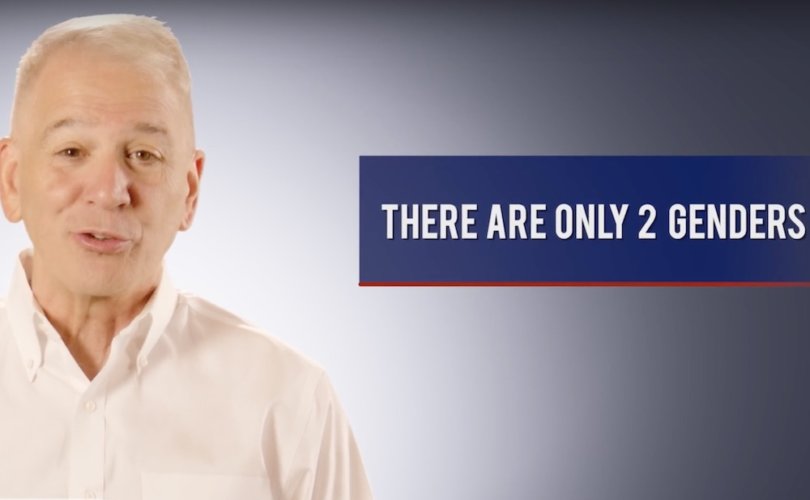 August 23, 2019 (LifeSiteNews) – A Republican lawmaker running to become Louisiana’s next governor has a new campaign ad succinctly declaring his conservative stances, including that “life begins at conception” and “there are only two genders.”

I’m Ralph Abraham. I’m running for governor, and here’s the truth: life begins at conception. Government is too big. Our taxes are too high. And our car insurance is too expensive. President Trump is doing a great job. Facts matter more than feelings. The Second Amendment is self-explanatory. And as a doctor, I can assure you there are only two genders. I’m Republican conservative Ralph Abraham. I’m running for governor, and that’s the truth!

Long-settled biological criteria and numerous mainstream scientific and medical textbooks have established that a living human being is created upon fertilization and is present throughout the entirety of pregnancy, while biology also establishes that sex is rooted in an individual’s chromosomes and reflected by hundreds of genetic characteristics.

While Edwards is a rare pro-life Democrat governor who went so far as to sign the state’s heartbeat law in May, he has a much more liberal record on LGBT issues, such as rescinding religious liberty protections and trying to mandate that state discrimination laws recognize sexual orientation and “gender identity.”

Abraham, by contrast, has been a consistent foe of the LGBT agenda, having criticized the so-called “Equality Act” and cosponsored legislation to ensure the federal government only interpret “sex” and “gender” by their biological meanings, Metro Weekly reports.

Abraham is currently leading Rispone. If none of the three clears 50 percent of the vote in October 12’s open primary, the top two candidates will go on to face each other in a runoff election on November 9.