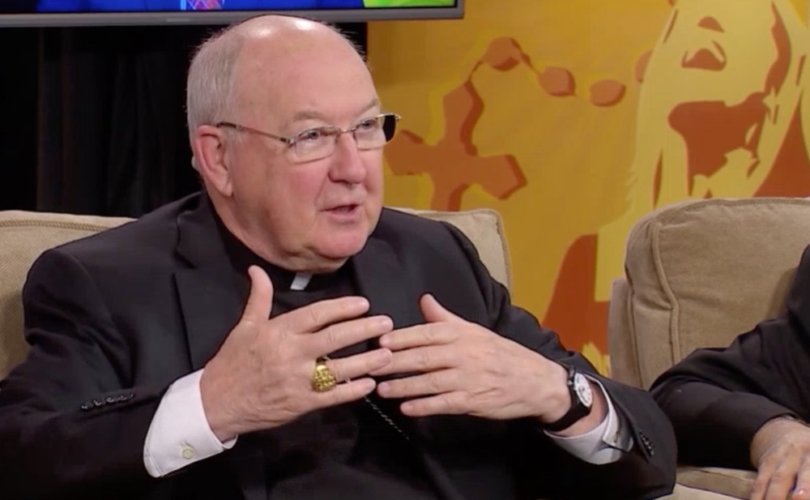 VATICAN CITY, July 31, 2018, (LifeSiteNews) – The U.S. Cardinal in charge of the Vatican’s swiftly approaching  World Meeting of Families in Dublin, Ireland, has again claimed that he had no knowledge of Cardinal McCarrick’s habits of sexual predation, despite having been a longtime close associate.

Cardinal Kevin Farrell, the head of the Vatican’s office of Laity, Life and Family, was consecrated as a bishop by McCarrick in 2001 after McCarrick was installed as Archbishop of Washington.

Farrell was a close collaborator with McCarrick during his time as the Cardinal Archbishop of Washington, DC, having served as McCarrick’s archdiocesan chancellor and living in the same house with McCarrick for six years.

The recently minted Cardinal continues to put distance between himself and his former boss.

Farrell has doubled down on his claim made last week that he had no inkling of Cardinal McCarrick’s sexual abuse of seminarians and adolescents.

“That might be hard for somebody to believe, but if that's the only thing on your mind, well then you'll focus on that,” Farrell told the Associated Press (AP).  “I was focused on running the archdiocese. What Cardinal McCarrick was doing here, there and everywhere and all over the world, didn't enter into my daily routine of running the Archdiocese of Washington.”

“At no time did anyone ever approach me and tell me. And I was approached by over 70 victims of abuse (in different cases) from all over the United States after 2002,” said Farrell according to the AP report.

Last week, in a short video recorded interview with Catholic News Service (CNS), Cardinal Farrell said he was “shocked” and “overwhelmed” at the news that has come out about the disgraced McCarrick.

Uttering just 101 words, punctuated with long pauses and ‘ums,’ normal syntax eluded Farrell as he stumbled through the interview:

The denials from Cardinal Farrell, Cardinal Wuerl, and others are increasingly falling on deaf ears among the laity.

Last week, in an interview with Raymond Arroyo on EWTN’s The World Over, canon lawyer Marjorie Murphy Campbell said we are experiencing, “a crisis in the episcopacy of this Church.”

“The credibility at the episcopal level is shot,” she added.

“I’ve not seen Catholic this angry since 2002,” said Arroyo, “and perhaps they have a right to be.”

Arroyo also wondered if the “day of reckoning has not come.”