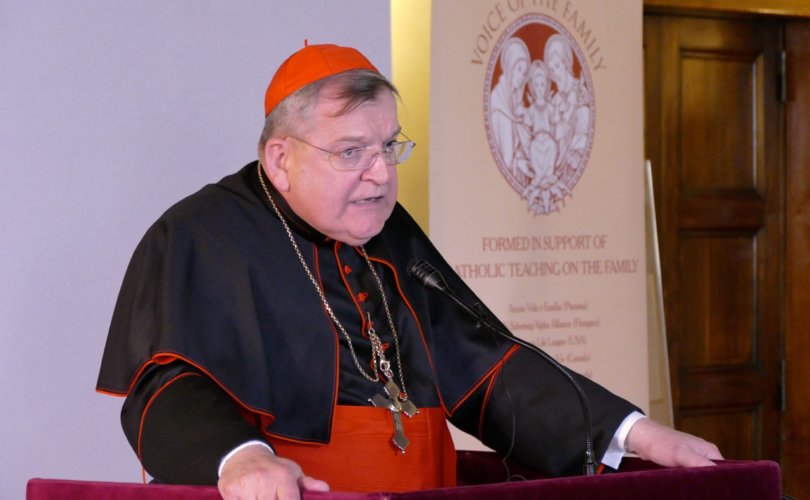 ROME, Italy, May 2, 2018 (LifeSiteNews) – A May 17-18 meeting at the famed Angelicum (Pontifical University of St. Thomas Aquinas) in the heart of Rome will be home to an important strategy session on confronting the current crisis in the Catholic Church.

Cardinal Raymond Burke, one of the two remaining dubia cardinals, will speak about “restoring all things in Christ.” Heroically outspoken Bishop Athanasius Schneider will speak about the “Church Militant.”

The key to the damaging alterations in Church practice that have been introduced by liberal prelates – especially those from Germany – has been the misuse of the concept of the supremacy of conscience. Many of the dangerous alterations to Church moral discipline proposed and in some places implemented posit that a person’s conscience must be respected such that even if living in objective mortal sin, the person who feels in conscience that he is in the right must be treated as such by Church authorities – i.e., given Holy Communion.

Thus we have in various Catholic dioceses approval of:

This year’s conference will focus on the crucial matter of conscience as it has become the focal point of contention in the Church.

The 50th anniversary of Humanae Vitae has set the stage for a confrontation. The original revolt within the hierarchy against the recommitment to the Church’s perennial prohibition on contraception made in Humanae Vitae lay dormant under Popes John Paul II and Benedict XVI. Now, it has resurfaced with a vengeance during the current papacy.

Official conferences and statements from high-ranking prelates have openly contradicted established Church teaching on contraception, always using a false notion of conscience as the key to claim Church teaching shall remain unchanged.

Registration open for historic Rome Life Forum on May 17-18

Rome Life Forum will tackle the issue of ‘conscience’ in 2018