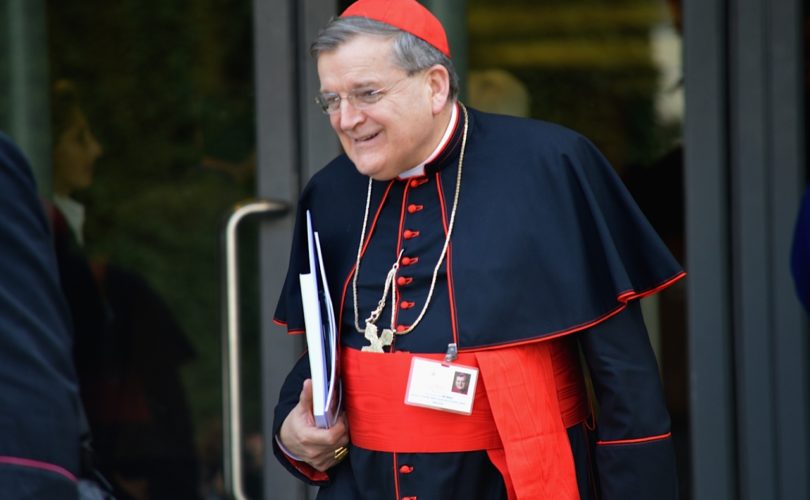 Vatican Cardinal Raymond Burke has issued a clarification concerning a misrepresentation of his statement in an interview with BuzzFeed.  While the agency reported that Cardinal Burke said the Pope is “harming the Church,” Cardinal Burke in fact said that the harm stems from the lack of clarity about the pope’s positions on matters related to marriage and Holy Communion.

The cardinal added that only a statement from the Pope himself could remove the lack of clarity.

Here is Burke’s full clarification, given to the Dignitatis Humanae Institute, which had helped set up the Buzzfeed interview:

As a priest, bishop and finally a cardinal, I have only ever sought to serve Our Lord's Church in humble obedience to the Magisterium and to the Holy Father. Needless confusion regarding my motives does not help me in this service, especially when substantial questions of principle are at stake.  I very strongly believe that one also serves loyally by expressing a contrary judgment, in accord with the pursuit of the truth, and that one only serves faithfully when one has dutifully and clearly spoken, in obedience to one's conscience.

I did not state that Pope Francis has harmed the Church.  Rather, as the now published verbatim interview reveals, I was perfectly clear that it was a lack of clarity about where the Holy Father stands on issues related to marriage and Holy Communion that had caused the harm.  It is precisely for this reason that I subsequently said that only a statement from the Holy Father himself could now remove this lack of clarity.

Sadly, confusion, such as that generated by this particular interview, has been used to portray those opposed to Cardinal Kasper's thesis as motivated by a personal animus against the Holy Father.  This is just not the case, though it no doubt helps the cause of those with certain ideological axes to grind to make this appear so.

Salt and Light TV slams Cardinal Burke as being in an ‘Ivory Tower’
Cardinal Burke: Restoring respect for the conjugal act is ‘essential’ to future of West