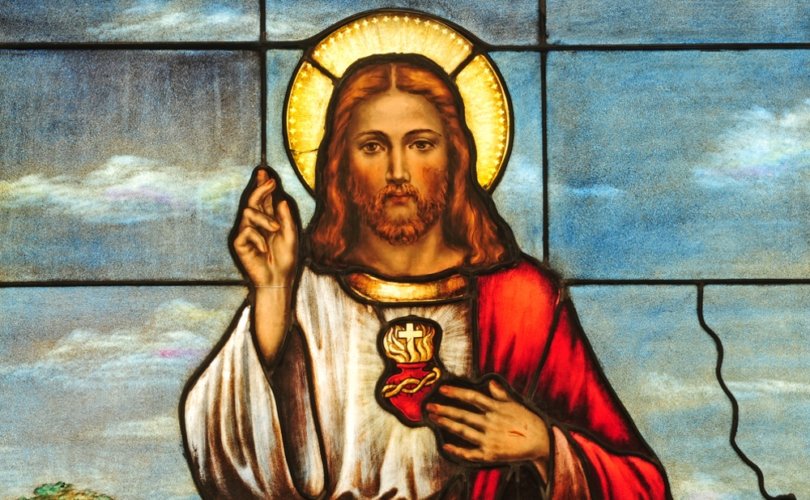 TORONTO, May 3, 2021 (LifeSiteNews) – Cardinal Thomas Collins is calling on the Toronto Catholic District School Board (TCDSB) to dedicate the month of June to honor the Sacred Heart of Jesus as the board faces a potential vote this Thursday on whether to fly the rainbow Pride flag and declare June as Pride month.

Collins, who is the Archbishop of Toronto, warned trustees and directors of education within his Archdiocese in a March 23 letter that was submitted to the board’s agenda for its May 6 meeting that “social trends antagonistic to the Gospel” are gathering “strength.”

The TCDSB’s newly-established “2SLGBTQ+ Advisory Committee” has recommended in a report — included in the May 6 meeting agenda — that the board proclaim June as Pride month and that the Pride flag be raised “at the Catholic Education Centre and at all schools in the system.” Declaring June as Pride month “implores us to be compassionate, welcoming, and inclusive of marginalized people, including 2SLGBTQ+, as an example of our faith in action,” the pro-LGBT Committee states in its report.

The pride flag was created in 1978 by open homosexual and drag queen Gilbert Baker. The flag as a whole, composed of various colored stripes, has become an international symbol of the homosexual movement and its view of the human person and sexuality that is at odds with biology, the social sciences, the world’s major religions, and specifically with the Catholic faith.

The Catholic Church, basing itself on the Bible and tradition, teaches that homosexual behavior is “intrinsically disordered” and a grave sin. St. Paul in one of his letters warns the Corinthians that “homosexuals” along with others, such as “idolaters” and “adulterers,” will “not inherit the kingdom of God.” The rainbow was originally a religious symbol of God’s covenant with man that God used to convey to Noah (Genesis 9:13-17) that he would never again destroy the world by a flood. LGBT activists co-opted the rainbow to create a flag where the different colors are often interpreted as signifying sexual “diversity.” The term “pride” in salvation history denotes an explicit refusal to follow God and his rule. The Book of Proverbs warns that “Pride goes before destruction, a haughty spirit before a fall” (16:18).

READ: 7 reasons why Catholic schools should not fly the gay pride flag

While LGBT activists promote flying the rainbow flag at all schools as a sign of inclusion, diversity, and acceptance, the Cardinal pointed out in his letter that the Catholic Church already has its own symbol for “compassionate love,” namely the Sacred Heart of Jesus.

“The traditional image of the Sacred Heart is surmounted by a cross, the primary symbol of Christian faith: it draws us to contemplate the generous and sacrificial love of Jesus, as he lays down his life for us on the cross. We are called to show that same generous and sacrificial love, as we take up our cross and follow him each day. The Sacred Heart is crowned by the Crown of Thorns, which reminds us of the cost of discipleship. It is surrounded by flames: our love for others, in imitation of Christ, must not flicker but burn brightly with light and warmth in a world so often dark and cold,” he wrote.

Collins pointed out that no one is excluded from the love that emanates from the Sacred Heart of Jesus.

“Sometimes, Jesus points to the Sacred Heart, inviting us to come to him when we labour and are heavy laden; sometimes the arms of Jesus reach outward, welcoming everyone, as he calls us to do. The Sacred Heart is a sign of the love of Jesus, which we are invited to imitate. More than ever before, our world now needs the love symbolized by the Sacred Heart of Jesus,” he wrote.

The Cardinal called on those “responsible for the Catholic Schools in our archdiocese” to remember their “sacred duty of caring for the young people of our community.”

“Like us all, they deserve and they need life-giving spiritual nourishment, clear guidance in life, and the true compassionate love that Jesus teaches us in the Gospel, and models for us, and challenges us to imitate,” he wrote.

He ended his letter with the call for schools to devote June to the Sacred Heart.

“And so I ask all Catholic schools to focus throughout June, the Month of the Sacred Heart, on this profound symbol of what our life in Christ is all about – of what Catholic education is all about.”

LifeSiteNews reached out to Cardinal Collins asking what consequences the board would face if it voted to raise the Pride Flag at Catholic schools. No response was given before publication.

Teresa Pierre, president of Parents as First Educators, said that Catholic schools “need to be clear about the messages they send, so that they consistently teach students the truth about the faith.”

“Raising a Pride flag suggests approval of sexual relationships that the Church disapproves of, and which run contrary to the Catholic moral teaching of chastity,” she wrote in an email to parents about the upcoming board meeting.

“Toronto Catholic Trustees would be betraying the trust confided in them to hold the faith first and foremost among their concerns if they go the wrong way on this.  They should take their direction on how to vote from the Cardinal of Toronto, who recently supported a father who spoke out against the Toronto Catholic board raising the flag,” she said.

Pierre was referring to Collins coming to the defense last month of Jody Maillet, a father with children in a TCDSB school who was the subject of a police investigation over allegations that he committed a “hate” crime for asking his school board not to recognize Pride month or fly the rainbow flag at Catholic schools.

“In fact, Mr. Maillet correctly expressed Catholic moral teaching, quoting the Catechism of the Catholic Church,” stated the Archdiocese of Maillet’s presentation to the TCDSB at a March 4 meeting.

“He suggested the help the sacraments offer to all who are struggling. Mr. Maillet reminded the trustees of their responsibility not to cause spiritual harm to the young people entrusted to their care, and referred to words in the Bible where Jesus uses a powerful image concerning people who are in a position of responsibility for young people,” stated the Archdiocese.

Pierre further commented that Toronto Trustees must remember that “parents exercise their choice when they choose to send their children to Catholic schools; they expect the schools to adhere to Catholic moral teaching, and for trustees to guard it. If trustees choose to promote anti-Catholic moral teaching, they are also violating parental choice.”

Pierre is asking all those concerned to write to all TCDSB trustees and “urge them to vote the right way on May 6th, and to vote against flying the Pride Flag during the month of June.”

“Ask them to stand up for Catholic moral teaching, in solidarity with the Cardinal, and to respect parental choice when they vote.”