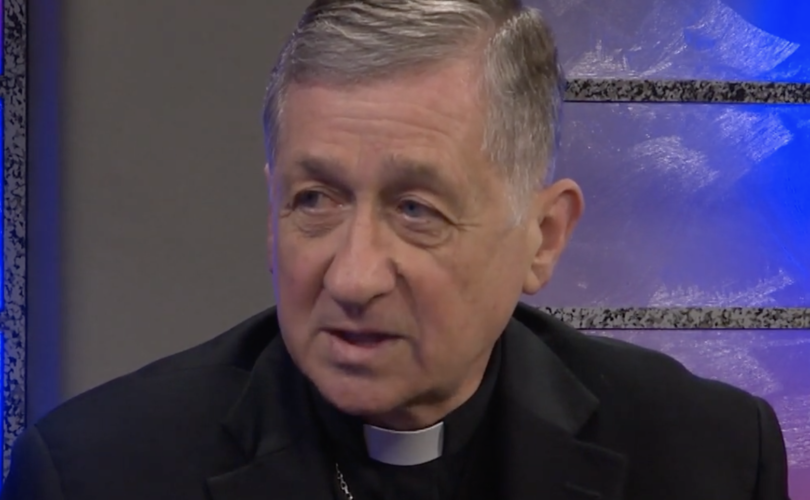 (LifeSiteNews) – Cardinal Blase Cupich has omitted names in a recently posted list of clergy credibly accused of sex abuse of minors, according to a local news outlet.

Cupich “is still keeping secrets” on predatory clergy, reported the Chicago Sun-Times on Saturday after finding that amid the Archdiocese of Chicago’s new listing of “credibly accused” child sex abuser priests “there are significant gaps in what’s been added.”

The diocese’s updated list now includes the names of “credibl[ly]” accused priests who are members of religious orders, as opposed to only diocesan priests, who were the only clerics included on its previous list of child sex abusers.

The diocese’s omissions reportedly include priests whose own religious orders deemed them guilty of sex abuse of children, and clergy who were the subject of lawsuits over sexual predation that were eventually settled by Church representatives.

The Sun-Times identified several such priests who were accused of abuse while working within the archdiocese and omitted from the new list of clerical child sex offenders, including:

The Sun-Times shared that at least another 12 members of the Irish Christian Brothers who are said by the order to face “two or more sexual misconduct accusations” and served in Chicago area are unlisted by the archdiocese, including the “serial sexual predator” Brother Edward Courtney, who reportedly died in 2021, and Brother Ronald Lasik, who died in 2020.

READ: Pope Francis’ American cardinals are pro-LGBT revolutionaries with a radical agenda for the Church

The archdiocese’s recent public posting of names of abusive clerics who operated within its territory, notwithstanding its omissions, marks a reversal of its previous policy, as well as that of Cupich.

Even before leading the Archdiocese of Chicago, Cupich had explained under oath for a lawsuit as a bishop in Rapid City, South Dakota, that he did not publish the names of religious order members who had molested children within his diocese “because that is a matter for the religious order to do.”

He continued this policy as archbishop of Chicago, refusing for years to include on the archdiocese’s list the names of religious order offenders who operated within his jurisdiction.

While religious orders operate largely independently of the diocese within which they’re located, they need permission from the diocesan bishop to function within his domain.

Now, the Archdiocese of Chicago has added the names of 49 men from over a dozen Catholic religious orders to its online registry of child sex offenders but does not indicate where they have been assigned.

The clergy added to the list are described as “members of religious orders present in the Archdiocese of Chicago who served in an archdiocesan ministry and have been identified by their respective orders as having a substantiated or credible allegation of child sexual abuse made against them, as determined by the religious order.”

No explanation for the list’s omissions has yet been provided. According to the Sun-Times, “neither Cupich nor his top aides would comment on the changes, including the criteria for choosing who to include on the expanded list.”

Cupich has previously been criticized for giving empty or nonsensical statements on sex abuse problems among Catholic clergy, such as by praising a guidance document for dealing with clerical sex abuse that was influenced by the now-publicly disgraced serial sex offender ex-Cardinal Theodore McCarrick.

In an interview with the heterodox America magazine, Cupich praised the Dallas Charter, the U.S. bishops’ document on dealing with sex abuser priests, as having been effective at removing McCarrick despite the fact that McCarrick himself was a leading voice in drafting the document.

At the time, Michael Hichborn, president of the Lepanto Institute, said Cupich’s interview “shows that he is either completely out of touch with reality or he is a liar.”

“His praise [for] the Dallas Charter for the protection of children as ‘effective in removing the former Cardinal’ is a sick joke!” Hichborn told LifeSiteNews. “That charter was not only drafted by McCarrick, but it specifically omitted bishops from actionable culpability. How could it have played a role in McCarrick’s removal when all of the bishops who would have known about what McCarrick was doing were complicit in covering it all up?”

In 2018, Archbishop Carlo Maria Viganò made what mainstream media described as the “explosive” allegations that Pope Francis knew of Cardinal McCarrick’s history of sex abuse but removed canonical sanctions Pope Benedict XVI had privately placed on McCarrick and made him a trusted adviser on bishop appointments. Viganò also testified that Cupich owes his rise to power and prominence to McCarrick, putting the Chicago-based cleric on the defensive.

In an interview with NBC 5’s Mary Ann Ahern, Cupich appeared to sidestep Viganò’s allegations, affirming the pope’s call for people to “come to their own conclusions,” and adding, “The pope has a bigger agenda. He’s got to get on with other things, of talking about the environment and protecting migrants and carrying on the work of the Church. We’re not going to go down a rabbit hole on this.”

Pope Francis subsequently appointed Cupich as a member of a Vatican organizing committee for the meeting on the protection of minors in the Church in 2019.