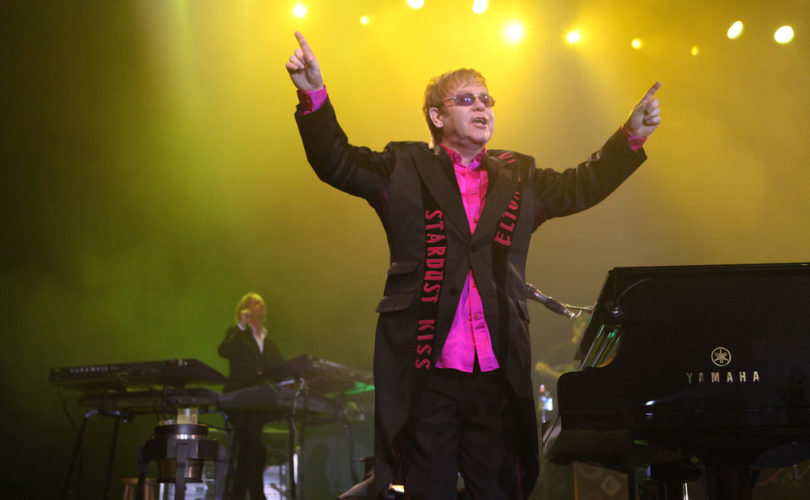 CHICAGO, Illinois, May 23, 2019 (LifeSiteNews) – The parish bulletin of Holy Name Cathedral in the Chicago archdiocese advertised that a group of parishioners is getting together to watch the pornographic film Rocketman.

Father Greg Sakowicz serves as rector of the cathedral, which is the see of Cardinal Blase Cupich. The bulletin of the parish he serves lists a number of different activities involving parishioners, including a Shabbat service at a Chicago synagogue, a book group, “Centering Prayer,” and an “Afternoon Movie Group.”

The “Afternoon Movie Group” announcement in the May 19, 2019 bulletin notes that the parish group will meet on June 2 to watch Rocketman at a place to be determined. The R-rated movie is described in the bulletin as depicting the “the fantastical journey of transformation” of the young Englishman who would become known worldwide as the homosexual celebrity singer Elton John. It said, “An inspirational story set to Elton John's most beloved songs tells the universally relatable story of how a small town boy becomes one of the most iconic figures in pop culture.”

Left unsaid in the bulletin is that Rocketman is rated R for its pornographic depictions of homosexual activity and themes. In Rocketman, according to the Hollywood Reporter, Paramount Pictures becomes the “first major studio to depict gay male sex onscreen.” The Hollywood Reporter noted, “There were multiple scenes that included men kissing, simulated oral sex and a steamy bedroom scene with both [male actors] Egerton and Madden unclothed.”

An email to the contact person listed in the bulletin went unanswered. LifeSiteNews contacted the Archdiocese of Chicago’s media relations office. Javier Garcia, administrative assistant for the archdiocesan Department of Media and Communications, told LifeSiteNews via telephone that an emailed request for further information had been referred to others in the office. LifeSiteNews did not receive a response from the archdiocese by the time of publication.