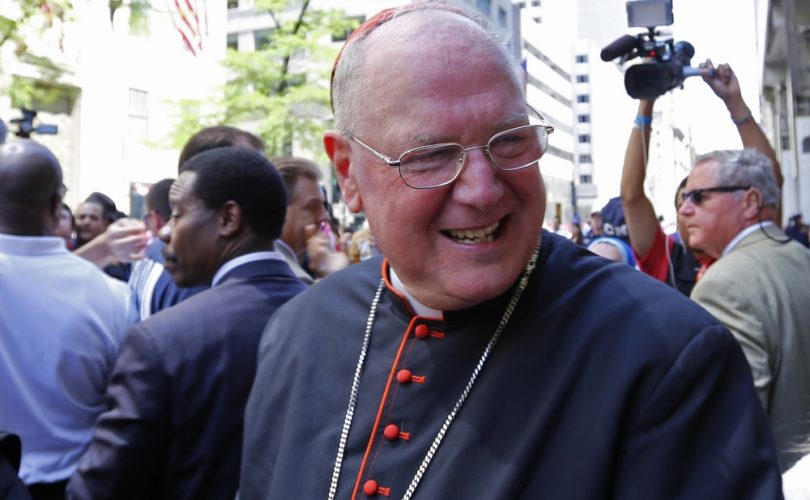 "Arguments attacking a person—instead of an idea, viewpoint, or opinion—are the weakest and most vicious of arguments…although, sadly, rather effective in firing up a mob," said Dolan.Shutterstock

In the wake of the 5-4 Supreme Court decision acknowledging the rights of Hobby Lobby and other closely-held private companies to refuse to provide coverage for abortifacients to their employees and dependents on religious grounds, a group of atheists has accused the Court’s justices of participating in a “Catholic conspiracy” to deny women birth control.

In a full-page ad that ran in the New York Times July 3, just three days after the ruling, the Freedom From Religion Foundation slammed the “all-male, all-Roman Catholic majority” on the Supreme Court for putting “religious wrongs over women's rights.” Alongside the text of the ad was a huge portrait of Planned Parenthood founder Margaret Sanger, whose motto, the group claims, was “No Gods — No Masters.”

“Dogma should not trump our civil liberties,” the ad said.

The group called on Congress to repeal the Religious Freedom Restoration Act (RFRA) of 1993. This is the law the Supreme Court cited in ruling that the Obama administration cannot force businesses that object to provide coverage for abortifacient drugs in employees’ health insurance plans.

“We must next ask whether the HHS contraceptive mandate 'substantially burden[s]' the exercise of religion,” the majority wrote. “We have little trouble concluding that it does.”

Hobby Lobby’s owners are protestant Christians, not Catholics, but all five justices who sided with the company are members of the Catholic faith.  One of the four dissenting justicesnis also Catholic.  (The other three are Jewish.)

“Allowing employers to decide what kind of birth control an employee can use is not, as the Supreme Court ruled, an 'exercise of religion.' It is an exercise of tyranny. Employers should have no right to impose their religious beliefs upon workers,” the ad said.

Cardinal Timothy Dolan, the archbishop of New York, responded to the ad with a sarcastic thank you note published in the Catholic New York newspaper, calling FFRF’s rhetoric “drippingly bigoted.”

“I simply want to welcome the grey, full-page ad, and thank the anonymous militiamen at FFRF for giving me yet another handout for my students when I give my next talk on ‘Anti-Catholic Bigotry in the United States,’” the cardinal wrote.  “Now, don’t get me wrong: a robust examination of [the] Supreme Court decision, even one that disagrees with the ruling, is expected, welcome, and helpful in a Republic that prizes such give-and-take, indeed, protects it.  But, as the professors of logic, rhetoric, and speech taught us in college, arguments attacking a person—instead of an idea, viewpoint, or opinion—are the weakest and most vicious of arguments…although, sadly, rather effective in firing up a mob.”

Mob tactics, Dolan suggested, are exactly what FFRF are engaging in, perhaps due to a lack of factual arguments with which to make their point.

“An ad soberly criticizing the decision would have been part of the discourse that makes us such a durable democracy…and there have been such ads,” Dolan wrote. “But the FFRF, perhaps knowing that their legal arguments fall flat, instead attacks the people on the court, and implies that their Catholic faith makes it impossible for them to protect the cherished Constitution they have sworn on a Bible to uphold.”

Dolan asked whether the FFRF would publish a similar ad saying a Jewish politician could not vote on Israel, or a Mormon judge tackle the issue of marriage.

“Of course not!” he said. “But, in keeping with a long, shadowy, legacy of antipathy, justices who happen to be Catholics—never mind their past frequent votes hardly consonant with the public teaching of their faith—are branded and bullied by a group who only succeed in providing the latest example of a prejudice that has haunted us for centuries.”

Bill Donohue of the Catholic League also condemned the FFRF ad as “hate speech” against Catholics.

Added Donohue, “From the middle of the nineteenth century to the middle of the twentieth century, Catholics had to deal with the Ku Klux Klan. Now they must deal with more sophisticated bigots. What unites the Klan and FFRF is their maliciousness. Unfortunately, as we have seen this week, anti-Catholic bigotry has erupted in many quarters, all of them urbane.”

In a follow-up post on the FFRF blog Friday, staff attorney Andrew Seidel doubled down on the Catholic conspiracy theory.

“There is excellent cause to question the impartiality of any truly devout Catholic justice on an issue such as access to birth control,” Seidel wrote.

“When [Catholic] Justice Sotomayor dissented in Hobby Lobby, she violated the teachings of her church, and I respect her all the more for that,” Seidel wrote. “She held her civil duty (and in all probability her womanhood) above the out-dated and barbaric teachings of the Catholic Church.”

While praising Sotomayor for her “scruples” in voting to force religious people to act against their conscience, Seidel called on Justices Scalia, Alito, Kennedy, Roberts, and Thomas to either leave their faith at the courthouse door or resign.