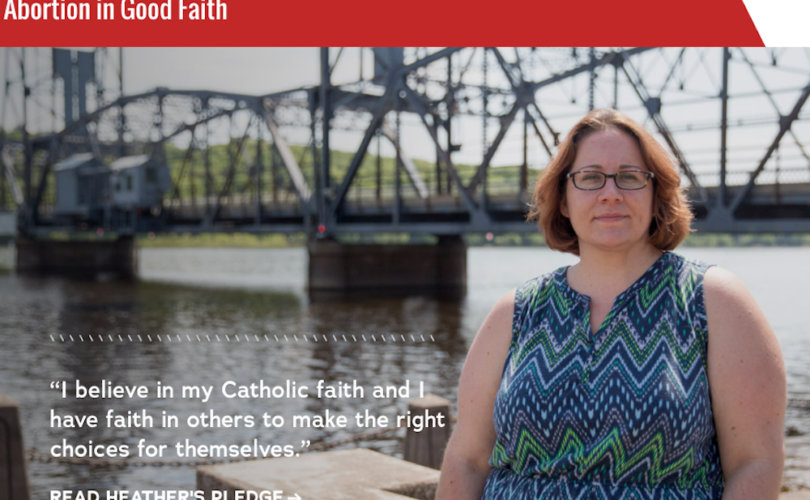 September 15, 2016 (LifeSiteNews) — Cardinal Timothy Dolan, the chairman of the U.S. bishops’ pro-life committee, blasted the “deceptive” ads the pro-abortion group Catholics for Choice placed in newspapers across the country this week.

“An abortion advocacy organization called ‘Catholics for Choice’ (CFC) placed deceptive full-page newspaper ads in multiple cities on September 12 calling for taxpayer funding of abortion in the name of the Catholic faith,” said Dolan. “As the U.S. Catholic bishops have stated for many years, the use of the name ‘Catholic’ as a platform to promote the taking of innocent human life is offensive not only to Catholics, but to all who expect honesty and forthrightness in public discourse.”

The pro-abortion ads are part of Catholics for Choice’s new “In Good Faith” campaign, which highlights Catholics who claim that the Church teaching from which they dissent is the reason they support taxpayer-funded abortion.

“CFC is not affiliated with the Catholic Church in any way,” Dolan emphasized. “It has no membership, and clearly does not speak for the faithful. It is funded by powerful private foundations to promote abortion as a method of population control.”

Catholics for Choice “rejects and distorts Catholic social teaching — and actually attacks its foundation,” Dolan said. Its “extreme ads promote abortion as if it were a social good. But abortion kills the most defenseless among us, harms women, and tears at the heart of families. Pushing for public funding would force all taxpaying Americans to be complicit in the violence of abortion and an industry that puts profit above the well-being of women and children.”

For the first time in history, the Democratic party platform calls for taxpayer-funded abortion. Democratic vice presidential candidate Senator Tim Kaine, a self-identified Catholic, has a 100 percent pro-abortion voting record in the Senate but has seemingly flip-flopped several times on whether he supports repealing the Hyde Amendment, which currently prevents taxpayers from funding abortions.