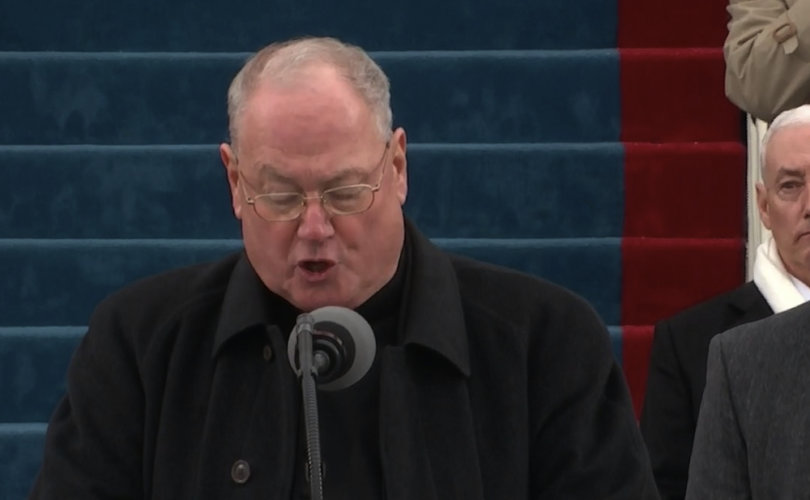 Cardinal Timothy Dolan leads a prayer at the Inauguration of President Trump.

“This is a welcome step toward restoring and enforcing important federal policies that respect the most fundamental human right — the right to life — as well as the long-standing, bipartisan consensus against forcing Americans to participate in the violent act of abortion,” Dolan said in a statement released later that day.

The Mexico City Policy bans funding to organizations such as International Planned Parenthood Federation that perform abortions or lobby for legalizing them in countries outside the United States.

President Reagan introduced the policy at a 1984 UN conference in Mexico City.

Reinstating the Mexico City Policy shows the American people and “people of the world … what a value we place on life,” and is consistent with Trump, who campaigned as a “pro-life president,” Trump spokesman Sean Spicer said at a Monday press conference.

A Marist Poll released January 23 showed 83 percent of Americans “support policies like the Mexico City Policy. This includes 73 percent of respondents who identify as ‘pro-choice,’” according to the  USCCB press statement.