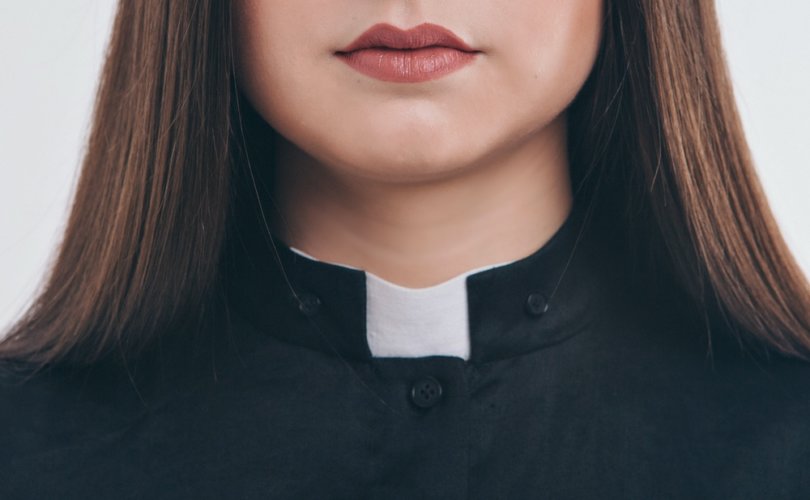 September 24, 2020 (LifeSiteNews) – In a recent interview published by katholisch.de, the official internet portal of the Catholic Church in Germany, Cardinal Jean-Claude Hollerich stated that he is “open” to women becoming priests. He also spoke in favor of welcoming illegal foreign (mostly Muslim) refugees in the European Union, and called the widespread fall in church-attendance since the COVID-19 lockdowns a possible “opportunity” that would lead the Church to set itself up “differently.”

Cardinal Hollerich is one of the most prominent cardinals in Europe. As Archbishop of Luxembourg – his nomination dates back to 2011 – his diocese is but a small one; however, since March 2018, he was elected president of the Commission of the Bishops’ Conferences of the European Union (COMECE). He was made a cardinal by Pope Francis in October 2019.

The day before he received his cardinal’s hat, he told katholisch.de that he was open to a married priesthood: “When here the ‘viri probati’ [morally proven married men] are a solution, why not?,” he said at the time. The new Jesuit cardinal was invited as one of Pope Francis’ personal guests to the Amazon Synod. He was also one of Pope Francis’ appointees to the 2018 Synod of Bishops on Youth, Faith, and vocational discernment.

Hollerich has now gone one step further in progressivism by refusing to reject the heretical idea that women can become priests. He identified “the position of women in the Church” as one of the “very important issues” in the Synodal Path that is underway in Germany.

“I am not saying that they have to become priestesses; I simply do not know. But I am open to it. But it is clear that the current situation is not enough. You have to see and realize that women have a say in the church. What I like about the Synodal Path is that it is a way of which one does not always know how it will continue. One takes steps and looks together for the next,” he said, echoing Pope Francis’ habitual ideas about “moving forward” and “openness” to new impulses within the Church.

In the same interview with Roland Juchem of the official German Catholic News Agency published on September 18 by katholisch.de, Hollerich first made clear that he has “great respect” for the Synodal Path that is at present under discussion in Germany, adding that “very big questions have to be asked” and that he approves that people should “dare” to do so. Among other modernist proposals, the German Synodal Path’s working document, to be voted on this month, suggests redefining fertility to include same-sex couples, and sees marriage as only one among many other ways “to live love and sexuality.”

Cardinal Hollerich does realize that not all European members of the Catholic hierarchy can agree about these issues. He told Juchem: “I do not want to interfere in any way – but should the answers to these questions be given in a single country, or would it not be necessary, with time, to hold a European Synod? When I see individual German bishops thinking about blessings for homosexual couples and hear with the bishops in Poland have to say on such issues, it becomes difficult. Churches often think too nationally, referring to the situation in their respective countries. We need to exchange more.”

In other words, Hollerich suggested that the synodal way of operating should be extended to Europe to put violent transgressions of the faith upon the table for the whole region, instead of calling on all to find and reaffirm answers to these questions in the traditional teachings of the Church.

His approach regarding women can be summed up in his assertion that he would have preferred to call the upcoming papal Encyclical on Human Fraternity: Fratelli e sorelle tutti, “Brothers and Sisters All,” instead of “Brothers All.”

Regarding the Encyclical, Hollerich added that like Laudato si’, it will “enable various alliances.” “I am indeed sure that the President of the European Investment Bank in Luxembourg, Werner Hoyer, is on the same lines.” Hoyer is a member of the European Federalists and is in favor of the “green recovery:” using the COVID-19 crisis as a “defining successful moment in our fight against climate change and against environmental degradation.”

To Roland Juchem’s question: “[COVID] pandemic and lockdown are very hard on the churches. What do you, as a bishop, do to counteract this?,” Cardinal Hollerich answered:

“I can’t simply give orders. The numbers of first communions and catechism assistance have fallen sharply. Although there were good online offerings, families were overwhelmed because parents had to help children with their schoolwork. In addition, many Christians who practiced out of habit are staying away, realizing that they do not miss church. They aren’t coming back, which is also an opportunity.”

He expanded on this surprising statement, explaining: “We can set ourselves up differently, we have to form communities now, that are not limited to church-going only. The death and resurrection of Jesus Christ must be at the center, otherwise we would have nothing to say in the COVID crisis. We can give hope, we need new forms of evangelization, not a restoration of former conditions.”

Evangelization, he added, is “To proclaim the message of the gospel in word and deed, the attention of Jesus to the people. If you live this with conviction, it also changes structures and creates new ministries in the Church.”

Hollerich’s objective is clearly to “change structures” within the Church, not only its teachings and morals. Together with the new paradigm of welcoming refugees and fostering the “green economy,” a revolution is underway.