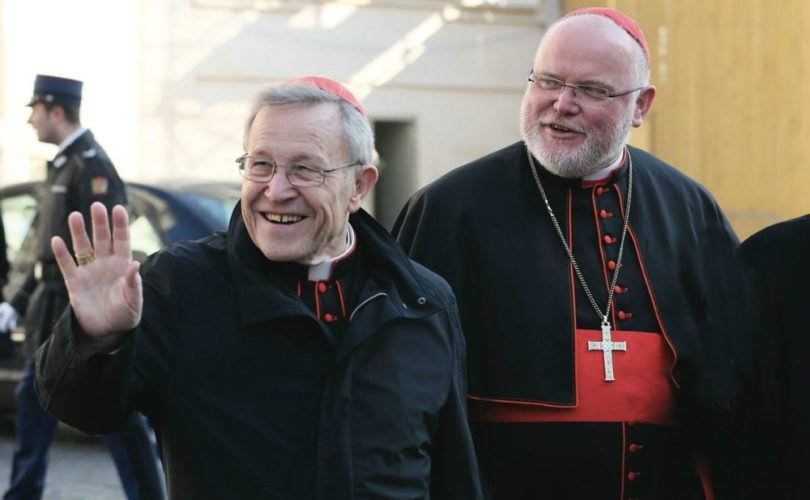 April 28, 2016 (LifeSiteNews) – Cardinal Walter Kasper told a German newspaper last week that Pope Francis agrees with his approach to admitting remarried divorcees to Holy Communion and that the pope doesn’t intend to “preserve everything as it has been” in the Church.

In his revealing interview, parts of which Dr. Maike Hickson translated at OnePeterFive, Kasper said that there’s a “new tone” within the Catholic Church and that Pope Francis has given individual bishops and bishops’ conferences more latitude than they previously had in deciding how to approach different situations.

For the past few years, Kasper has campaigned for the Church to loosen its approach toward administering the Sacraments to remarried divorcees whose previous marriages the Church has not declared null.  Previous popes and theologians have repeatedly condemned this approach as at odds with the Catholic Church’s doctrine on the indissolubility of marriage.

Kasper and like-minded theologians have said that Pope Francis’s exhortation Amoris Laetitia opens the door for this approach.

Kasper also said that Pope Francis is authorizing a local rather than universal approach to certain “situations.”

“Here [in Germany], something can be permissible which is forbidden in Africa,” Kasper said.  “Therefore, the pope gives freedom for different situations and future developments.”

Kasper’s claims echo those of his fellow German Cardinal Reinhard Marx, who said on April 17 that Amoris Laetitia grants permission for some remarried divorcees to receive Holy Communion.  Pope Francis didn’t “have to change the great doctrinal teaching” of the Church to accomplish this, Marx said.

In another example of the exhortation being used to justify heterodoxy, a group of progressive theologians cited Amoris Laetitia in a letter they wrote criticizing the Congregation for the Doctrine of the Faith (CDF) for its lack of “compassion.”  The official website of the Catholic bishops of Germany published an article highlighting the letter—which attacks the prefect of the Congregation of the Doctrine of the Faith Cardinal Gerhard Ludwig Müller, who is German—and mentioning its citation of Amoris Laetitia.

While Kasper, Marx, and other progressive prelates have given numerous triumphant interviews about the exhortation and the changes it supposedly allows in sacramental practice, Müller and Cardinal Robert Sarah, the prefect for the Congregation for Divine Worship, have yet to comment.  Other prominent cardinals have also declined interviews on the subject.

Several weeks before Amoris Laetitia’s release, Müller strongly re-affirmed the Catholic Church’s teaching that unless a couple in an invalid second “marriage” is abstaining from sexual relations, they are ineligible to receive Holy Communion.