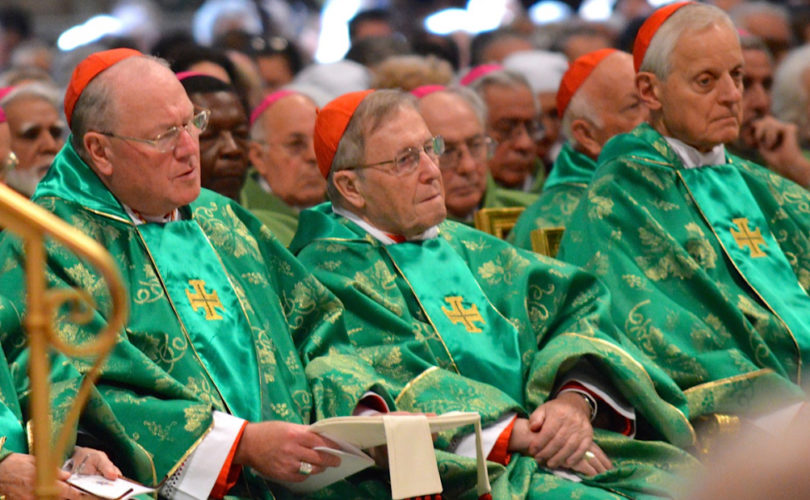 ROME, June 5, 2019 (LifeSiteNews) — Cardinal Walter Kasper has said that if bishops from the Amazon together propose that married men should be ordained to the priesthood, Pope Francis would “in principle probably accept it.”

Speaking with the German daily Frankfurter Rundschau on June 4, the former president of the Pontifical Council for Promoting Christian Unity said the change to the tradition of a celibate priesthood in the Latin Church (which dates back to apostolic times) could come at the Synod on the Amazon next October.

Cardinal Kasper, who is considered one of Pope Francis’s preferred theological advisors, said in the interview that “celibacy is not a dogma, it is not an unalterable practice.”

He added that while he favors mandatory clerical celibacy in the Latin Rite as a way of witnessing to the priest’s undivided commitment to Christ, he would not “exclude that in special situations a married man could undertake the priestly ministry.”

In January, Pope Francis gave mixed signals about where he stands on the ordination of married men in the Latin Rite. During an inflight press conference on his return from Panama, the Pope said that while he is personally opposed to the idea, in exceptional cases, it is “something to study, think about, rethink and pray about.”

In his remarks aboard the papal plane, the Pope said there might be “some possibility” for married clergy in “very far-away places,” adding that when there is a “pastoral necessity, the pastor should think of the faithful.”

What peaked interest in the Pope’s comments, however, was his reference to the ideas of German Bishop Fritz Lobinger, whose controversial 1998 book ‘Like his Brothers and Sisters — Ordaining Community Leaders,’ advocated ordaining a “team of elders” from local communities, including married men who had not attended seminary.

Bishop Lobinger also predicted that his proposal would lead to increased pressure to ordain women “because the majority of proven local leaders are women.”

According to a January report by the National Catholic Register, Cardinal Reinhard Marx, president of the German Bishops’ Conference, has suggested to the Pope during their ad limina visit in 2015 that he read all of Bishop Lobinger’s works.

The idea of ordaining married men to the priesthood in the Latin Rite in exceptional cases has also been openly supported by Vatican Secretary of State Cardinal Pietro Parolin.

At a conference on priestly celibacy hosted at the Pontifical Gregorian University in 2016, Cardinal Parolin concluded his lengthy address by suggesting that a sacramental crisis or “exigencies of evangelization” might warrant such an exception to the constant apostolic tradition of the Church.

In his 2016 address at the Jesuit-run pontifical university, Cardinal Parolin said:

It remains true now as ever that the exigencies of evangelization, together with the history and multiform tradition of the Church, leave open the possibility for legitimate debate, if these are motivated by the Gospel proclamation and conducted in a constructive way, [and] safeguarding the beauty and high dignity of the choice for celibate life.

Meanwhile, in March, Brazilian Cardinal Claudio Hummes, who will serve as general relator at the Amazonian Synod, and has long advocated ordination of married men (called viri probati), echoed Cardinal Parolin’s statement, saying it will be for the synod to decide “yes or no” about such a change, but it “will be necessary to discuss” the matter at the Amazonian Synod.

Cardinal Hummes said it “does not mean that it is for the whole world, but for situations of extreme necessity,” but as many observers in Rome have noted, if the door is opened even a crack, the German and Austrian bishops will push for the same exception to be made in their countries, where vocations to the priesthood are at an all-time-low.

With the working document (instrumentum laboris) for the Amazonian Synod due out sometime in June, more will become clear. But already the preparatory document released last summer indicates that the issue will be on the table. Section 14 reads:

Vatican II reminds us that all the People of God share in the priesthood of Christ, although it distinguishes between the common priesthood and the ministerial priesthood (cf. LG 10). This gives way to an urgent need to evaluate and rethink the ministries that today are required to respond to the objectives of “a Church with an Amazonian face and a Church with a native face” (Fr.PM). One priority is to specify the contents, methods, and attitudes necessary for an inculturated pastoral ministry capable of responding to the territory’s vast challenges. Another is to propose new ministries and services for the different pastoral agents, ones which correspond to activities and responsibilities within the community. Along these lines, it is necessary to identify the type of official ministry that can be conferred on women, taking into account the central role which women play today in the Amazonian Church. It is also necessary to foster indigenous and local-born clergy, affirming their own cultural identity and values. Finally, new ways should be considered for the People of God to have better and more frequent access to the Eucharist, the center of Christian life (cf. DAp 251).

In this June 4 interview with the German daily, Cardinal Kasper firmly excluded the possibility of ordaining women, saying they already have roles “ten times more than the former deaconesses ever did.”

Kasper told the Frankfurter Rundschau the Church would “collapse tomorrow” without the service of women, but added that such service should be “liturgically visible” and publicly acknowledged.

In his homily at a Pontifical High Mass in Chartres, France, on Pentecost Sunday 2018, Cardinal Robert Sarah, Prefect of the Congregation for Divine Worship and the Discipline of the Sacraments, said the change in priestly celibacy being proposed would be a “definitive break with Apostolic Tradition.” Cardinal Sarah said:

Dear Brothers in the Priesthood, preserve always this certainty: to be united to Christ at the Cross, because priestly celibacy gives witness to this in the world! The project, as it has been again picked up by some people, to separate celibacy from the priesthood by administering the Sacrament of Priestly Ordination to married men (“viri probati“) – for “pastoral reasons or out of certain necessities,” as they say – leads to serious consequences and to a definitive break with the Apostolic Tradition. Then we would establish a priesthood according to human criteria, but we would not continue the priesthood of Christ – obedient, poor, and chaste. Indeed, the priest is not only an “alter Christus” [another Christ], but he is truly “ipse Christus,” Christ Himself! Therefore, the priest who in the Church follows Christ will always be a sign of contradiction!