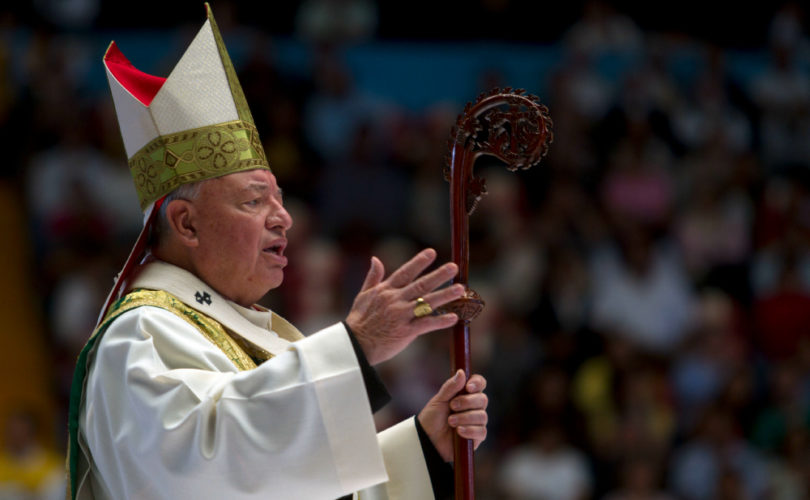 December 18, 2017 (LifeSiteNews) – Mexican Cardinal Juan Sandoval Íñiguez told Catholics gathered for a mass of reparation in Mexico City last week that the earthquakes that struck the nation’s capital and surrounding areas earlier this year could be punishments for the country’s sins against life and family.

“Our Lord and our God, before a greater punishment comes, you send temporal punishments or paternal corrections by means of the nature that is your work and is governed by your providence,” Cardinal Sandoval said December 10. “Is it pure coincidence that there have been two (earthquakes on) September 19 in this very city?”

Cardinal Sandoval asked forgiveness of God for the sins he believes are bringing divine wrath upon the country, suggesting that such evils are not only being punished by way of natural disasters but also through the barbarity of organized crime, whose behavior he likens to the practice of abortion.

“We have sinned by committing the worst, most grave, and most cruel crime of all, that of abortion, practiced throughout our country, sometimes with the consent of iniquitous laws and sometimes in secret, in hiding, but always with cruelty, with malice that takes advantage of the innocent and defenseless,” said the cardinal, who then noted the similarity of abortion to the savagery of Mexico’s narco-traffickers.

“Many thousands of innocent children are assassinated constantly in the wombs of their mothers and in return, and in punishment of this crime, organized crime kills, dismembers its victims, just as children are destroyed in the maternal womb,” said Sandoval.

The cardinal also asked for forgiveness for the spread of gender ideology in Mexico.

“We have sinned, O Lord, accepting and promoting gender ideology, which with its package of perversions aggresses against family and life, with the unconfessed purpose of ruining societies, subjugating and plundering them,” he said.

“Without purpose and without families, our country has no future,” said Sandoval, recalling that recently in the United Nations, “Mexico voted against family and life and in favor of the supposed sexual rights of children, removing them from the authority of their parents.”

The cardinal also lamented that corrupt activity in the country’s institutions is now “reaching levels never seen before,” including “fabulous lootings of public resources of the goods of the country, lack of justice in the tribunals, complicity with organized crime and impoverished salaries.”

The statements were made during a Mass celebrated by Cardinal Sandoval during a national gathering in Mexico City for “redress, reparation, and consecration” that sought to bring Mexicans to repentance for personal and national sins, and to consecrate themselves to God.

The event, held in Mexico City’s Blue Stadium, included singing, personal testimonies, the celebration of Mass, and a penitential procession. The event was promoted by Mexican “heartthrob” actor Eduardo Verastegui, who has committed his acting career to the service of God. At least 2,000 people participated.