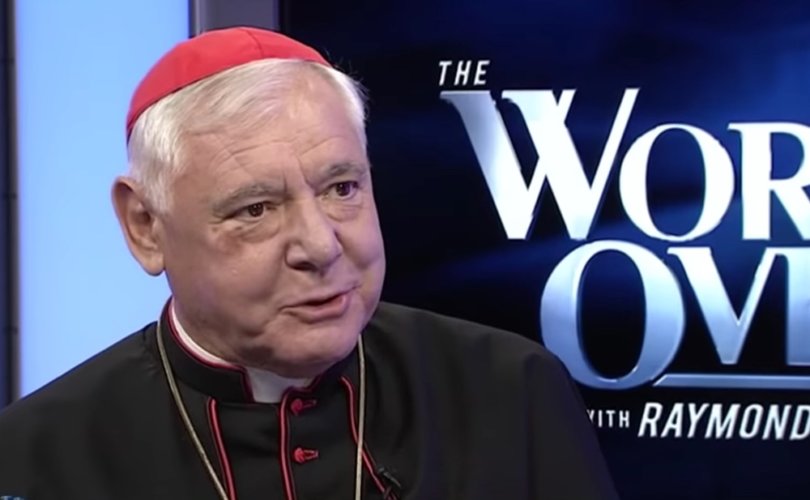 Last week Cardinal Gerhard Müller told Raymond Arroyo of EWTN’s The World Over that while he recognized the Pope’s responsibility to bring China’s schismatic bishops into full communion with Rome, he was concerned about the cost of the deal.

“I trust more in Cardinal Zen because he has all the experience with the Communists and with their lies and the persecution they have made,” Müller said.

“Surely the Pope has the office and the task to recall these schismatics to the full communion of the Church, but the question is, ‘What is the price for it?’” he continued. “Can we make a deal, the Holy Church, the Body of Christ, with communist atheists?”

Cardinal Zen has called the recent agreement between the Vatican and the Communist Party of China an “incredible betrayal.”

So far little is known about the deal. However, it is clear that the Pope will be acknowledged as the head of the Catholic Church but that the Chinese government will have the right to appoint Chinese bishops. The Pope will merely retain a final veto. The Vatican has also agreed to admit to communion and to consecrate seven of the Chinese Communist Party’s “Catholic Patriotic Association” bishops. Moreover, the Holy See has asked two of its own authentic bishops to step down.

Zen told Reuters that this was tantamount to feeding the sheep to the wolves.

Müller, the former Prefect of the Congregation for the Doctrine of the Faith, told Arroyo that he was not an expert in the diplomacy between the Holy See and China, but that he is concerned for the preservation of Christian truth and religious liberty.

“For me as a theologian, the first [thing] is the truth of the revelation and the autonomy of the Church in doctrine and religious life. Is this deal based on religious liberty?” he asked.

The cardinal wondered if the Communist Party in China was giving the Catholic Church, other Christian denominations, and other religions “complete liberty based on human rights.” He condemned the ideas of a political party being a people’s religion and of modern states meddling with religious beliefs.

“Human rights [and] religious freedom cannot be the confession of a powerful, almighty political party,” he said.

“It is absolutely against the natural law that a group of men, or one man, the dictator, or the dictatorship of a party, has the absolute power or the spiritual power [over] the conscience of the people,” he continued.

“The authority of the modern democratic states [is] recused only for the organization of society, but they cannot understand themselves as having the absolute power [over] thinking and behavior.”

Müller asserted that the only basis of reconciliation between the Holy See and the unauthorized Chinese bishops could be the Chinese government’s respect for the religious freedom of the Catholic Church.

“We must refuse all interference of political powers in our religious life,” the cardinal concluded.