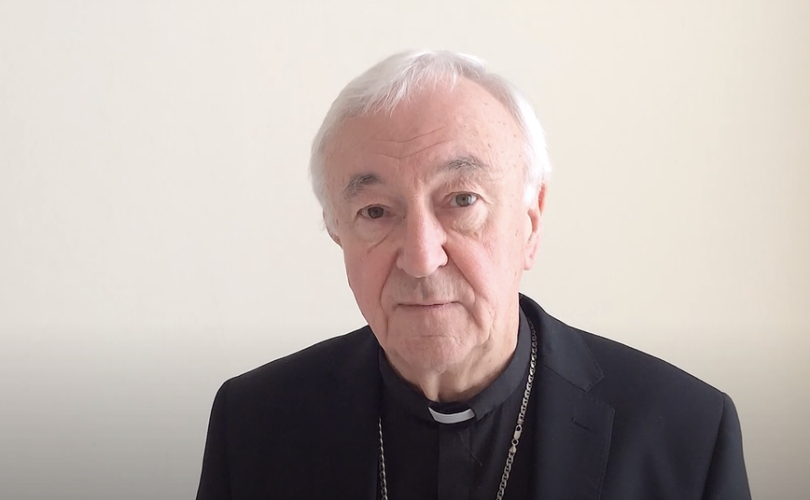 LONDON, November 5, 2020 (LifeSiteNews) – As another lockdown is implemented across England, banning public worship and only allowing private prayer in churches, Cardinal Vincent Nichols has issued a letter urging Catholics to be obedient to the restrictions.

The Catholic Bishops Conference of England and Wales (CBCEW) had previously issued a letter some days ago, demanding that the government provide the evidence for justifying closing churches for public worship.

A number of bishops also penned their own letters to MPs and government ministers, requesting evidence for the ban on Mass and warning of causing discord. Perhaps surprisingly, many MPs also raised the matter in Parliament, warning of the precedent set by such an attack on religious liberty, without any evidence presented to justify the measures.

After the new law was approved in parliament, Cardinal Nichols of the Archdiocese of Westminster issued a second letter, urging Catholics to obey the new measures.

“Despite profound misgivings, it is important that we, as responsible citizens, observe these Regulations, which have the force of law,” he said.

Nichols then cited Scripture in his argument, seeking to point out the virtue of obedience to the law: “Remind them to be obedient to the officials in authority; to be ready to do good at every opportunity. (Titus 3:1).”

He continued, “We do this in solidarity with so many others on whom are being imposed restrictions which impact severely on their lives and livelihoods.”

The cardinal said he believed that the laws “are not an attack on religious belief.”

“However, they do demonstrate a fundamental lack of understanding of the essential contribution made by faith communities to the well-being, resilience and health of our society,” he added.

Nichols closed by commending Catholics to prayer and service.

“This pathway of prayer and service is the royal road we are to take as a gracious witness in our society today,” he wrote.

One day before Cardinal Nichols released his second letter, Professor Chris Whitty and Sir Patrick Vallance, the U.K.’s chief medical officer and chief scientific adviser, testified before a parliamentary committee that there were no scientific grounds for closing churches.

Both Whitty and Vallance are members of the Scientific Advisory Group in Emergencies (SAGE), which has provided the basis for much of the U.K government’s policies in dealing with COVID-19.

Vallance stated, “We haven’t got good evidence on the exact value of each intervention on ‘R’. We produced a paper suggesting what that might be in different areas, but really said, ‘Look, this is not an exact science at all.’ And therefore I’m afraid it’s a rather blunt instrument.”

Questioned further about rates of transmission in churches specifically, Vallance added, “I don’t think we have good data to answer that with any degree of certainty.”

Whitty sought to defend their decision by suggesting that people might “congregate outside and do things which do lead to transmission,” but added that this was “anecdotal” and not “scientific fact.”

The Christian Institute expressed displeasure at the scientist’s words, protesting that the government had no justification for restricting public worship, particularly while universities and garden centers remained open.

Earlier in the year, the CBCEW played a pivotal role in shutting churches in the national lockdown, stating that it was “the right thing to do” in order “protect and get the best use of the NHS, and therefore save lives.”

When churches were permitted to reopen, the CBCEW issued guidance for the faithful, stipulating the wearing of masks and that Holy Communion be received in “the hand only, with the communicant standing, and avoiding any physical contact.” Congregational singing was also banned, and people were urged to leave church directly after receiving Holy Communion.

Archbishop Viganò also mentioned in a recent talk to the Catholic Identity Conference that “obedience ceases to be a virtue and, in fact, becomes servility if it is an end in itself and if it contradicts the purpose to which it is ordained, namely Faith and Morals.”
Canon Law 213 states that “The Christian faithful have the right to receive assistance from the sacred pastors out of the spiritual goods of the Church, especially the word of God and the sacraments.”

Canon 214 adds, “The Christian faithful have the right to worship God according to the prescripts of their own rite approved by the legitimate pastors of the Church and to follow their own form of spiritual life so long as it is consonant with the doctrine of the Church.”

Canon 212 §3 instructs the faithful that “they have the right and even at times the duty to manifest to the sacred pastors their opinion on matters which pertain to the good of the Church and to make their opinion known to the rest of the Christian faithful.”