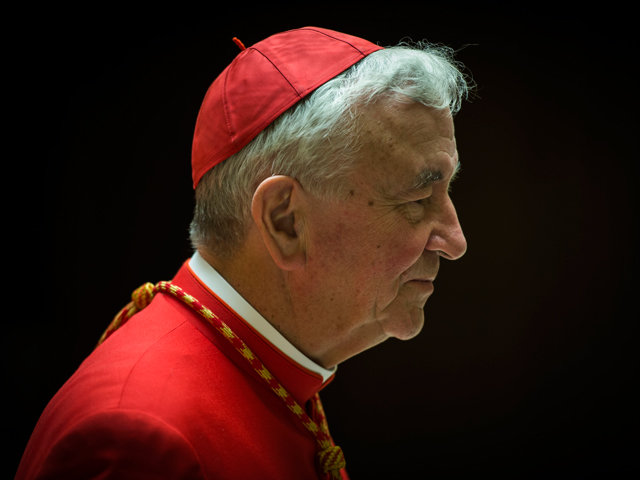 LONDON, May 6, 2015 (LifeSiteNews.com) — Cardinal Vincent Nichols has announced he will celebrate Mass for the so-called “Soho Mass” group, an organization of active homosexuals who want to see Catholic teaching on same-sex activity overturned.

The Cardinal Archbishop of Westminster announced that he will celebrate a Mass for “LGBT Catholics and their families” on May 10 at 6:15 pm at Immaculate Conception Parish, Farm Street, Mayfair. The Catholic Herald said that this will be the first time any cardinal has ever celebrated a Mass specifically for homosexuals. The Tablet notes that the Mass is scheduled “near to the anniversary of the founding of the Soho Mass” organization in 1999, although a spokesman for the archdiocese called this “entirely coincidental” and that the Mass will be part of a routine pastoral visit to the parish.

Nonetheless, the LGBT Catholics Westminster Pastoral Council issued a statement saying that they “will give a warm welcome” to the cardinal.

A statement from the archdiocese at that time said it is the teaching of the Church, and of “great importance” that “a person must not be identified by their sexual orientation.”

Terrence Weldon, the author of the “Queering the Church” blog and an organizer of  the LGBT Catholics Westminster Pastoral Council, wrote, “Our congregation is emphatically not being shut down, as the opponents will claim, but simply being relocated. With that relocation will come significant opportunities for further growth and expansion…” and preparation for “the next phase of our evolution.”

Later the same year, this “evolution” included a “workshop” developed in collaboration with New Ways Ministry, a US-based homosexualist activist group that was formally proscribed in 1999 by then-Cardinal Joseph Ratzinger as head of the Congregation for the Doctrine of the Faith for promoting the moral normalization of homosexual activity.

The level of acceptance of the LGBT Catholics Westminster Pastoral Council and their work was shown by the inclusion of the workshop announcement in the general newsletter of the Archdiocese of Westminster. The notice read, “Archbishop Vincent Nichols of Westminster has mandated the Soho Masses community to extend its pastoral activity, thanks to the hospitality of the Jesuit Church of the Immaculate Conception.”

The “Next Steps” workshop aimed at enabling “LGBT Catholics” to “explore what such pastoral ministry might entail, what are the resources at our disposal, and how can we galvanise the community’s various groups in developing collaborative ministry in this area?”

Writing about the move from Soho to Immaculate Conception parish, Weldon quoted Stephen Lovatt, the author of the book Faithful to the Truth: How to be a Gay Orthodox Catholic. Lovatt wrote to Weldon saying, “The ‘Soho Masses’ are clearly in (happy) contradiction with the policy of the hierarchy and Vatican.”

“What Vincent Nichols is asking for is a ‘Courage’ style ‘ministry’ to self-disrespecting ‘sufferers of same-sex attraction’ as opposed to a true pastoral care of gay-folk. I suppose that he’s got to do this if he wants to obtain a red hat any time soon: though his tardiness in toeing the Vatican line will, I suspect, have forever queered his pitch.”

The same year, the group addressed a letter to the Marriage and Family Life Project Officer of the Catholic Bishops’ Conference of England and Wales, rejecting the language of Catholic doctrine as outlined in the Catechism of the Catholic Church that the homosexual inclination was “objectively disordered.”

“The Church teaching on LGBT Catholics with the use of terms such as ‘objectively disordered’ together with a widespread lack of pastoral care has made many LGBT Catholics feel deeply unwelcome in the Catholic church [sic],” the group wrote in response to the questionnaire produced by the Vatican in the lead-up to the 2014 Synod of Bishops on the family.

Among the presentations of the bishops assembled at the 2014 Synod was the suggestion from several quarters that the Church drop traditional language like the term “disordered” in describing sexual sins, including the sins of homosexual behavior.