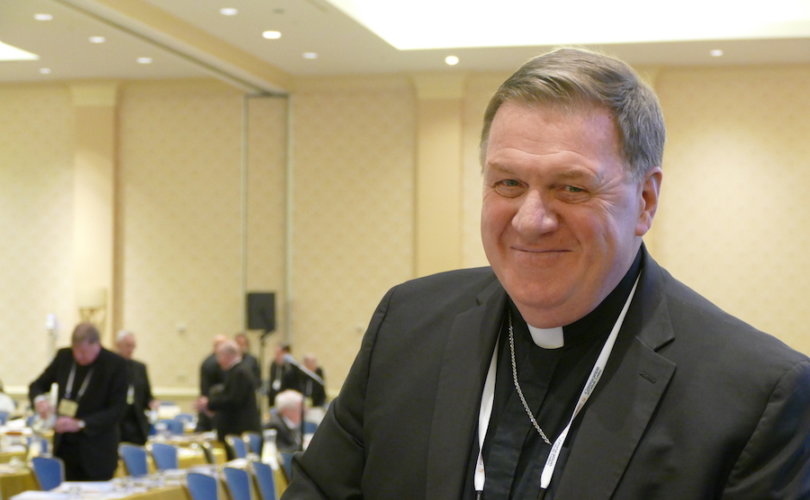 February 23, 2018 (LifeSiteNews) – Cardinal Joseph Tobin, who famously welcomed an “LGBT pilgrimage” to his cathedral, has deleted and apologized for a tweet saying, “nighty-night, baby. I love you.”

The tweet was “meant as a private communication with one of my sisters,” the cardinal said. A diocesan spokesman told media the same thing.

At 8:05 p.m. on February 21, Tobin, the cardinal archbishop of Newark, New Jersey sent the original tweet.

It said: “Supposed to be airborne in 10 minutes. Nighty-night, baby. I love you.”

Today, Tobin released two tweets about this. He said his message has “sown some misunderstanding” and apologized to “priests and faithful of the Archdiocese of Newark, if my carelessness has caused any confusion or embarrassment.”

Tobin, not to be confused with Rhode Island’s Bishop Thomas Tobin, is one of the most liberal bishops in the U.S. Pope Francis made him a cardinal in 2016.

U.S. Cardinal: Calling gays out of sin ‘sounds a little backhanded to me’