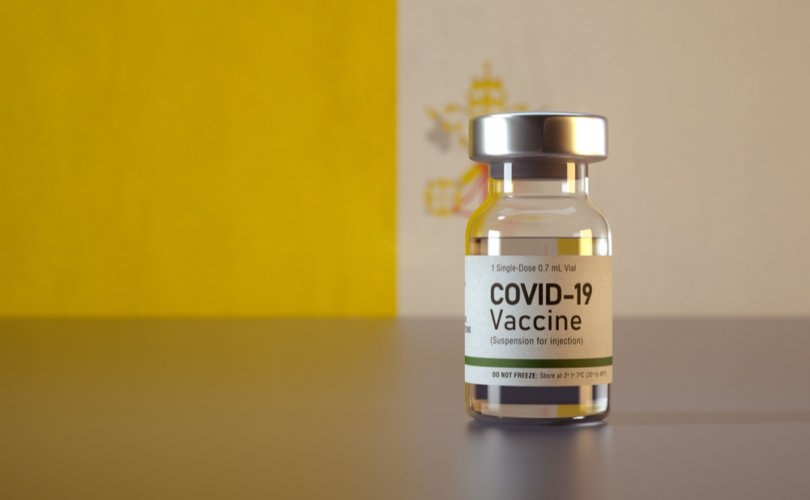 VATICAN CITY (LifeSiteNews) — Pope Francis’ secretary of state has ordered that Vatican employees and visitors must have received a COVID-19 inoculation before entering the Vatican, revoking a “test-out” option for access to the city state while denying the abortion-derived nature of the shots.

In comments to the National Catholic Register, Vatican Secretary of State Cardinal Pietro Parolin said that refusal to accept Pfizer’s mRNA jab based on its association with aborted fetal cells “seems not to be justified,” ruling on December 23 that “access to Roman Curia offices will be permitted only to those in possession of a certificate attesting to vaccination or recovery from SARS-CoV-2.”

The decree, which applies to “personnel of all Dicasteries, Councils, and offices of the Roman Curia … external collaborators, personnel of outside firms, visitors, and users,” is apparently based on “the continuation and worsening of the current health emergency and the need to take appropriate measures to counter it and to ensure the safe carrying-out of activities.”

The Vatican will therefore now require a “green pass” for entry, which confirms the holder’s having been “fully vaccinated” against COVID-19 with one of the experimental shots or having recovered from a coronavirus infection. Any absences of staff on the basis of not producing a valid green pass will be considered “a case of unjustified absence, with the consequent suspension of pay for the duration of the absence.”

Additionally, the decree determines that from January 31, all staff in public-facing roles will have to provide evidence of their having received a booster shot to continue working within Vatican City limits.

A short paragraph notes that there is scope for an exemption to the rule, although the possible bases for such an exception are not delineated. The power to grant an exemption is at the discretion of the Secretariat of State.

When asked by the Register if conscientious objections based on the abortion-derived nature of the jabs would be sufficient for an exemption, the cardinal denied the use of aborted fetal cell lines in the production of Pfizer’s mRNA shot, which is widely used at the Vatican.

On this basis, he concluded that “it seems that not wanting to undergo vaccination with this motivation [the abortion-tainted nature of the shot] cannot be justified, since the vaccine that is currently used is precisely the Pfizer that uses the mRNA method.”

Parolin turned to the Congregation for the Doctrine of the Faith’s (CDF) 2020 “Note on the morality of using some anti-COVID-19 vaccines,” citing the prudential determination that, under strict and rare circumstances, it may be “morally acceptable to receive COVID-19 vaccines that have used cell lines from aborted fetuses in their research and production process.”

However, the cardinal appears to have glossed over the clear teaching expressed just a few paragraphs later, explaining that “vaccination is not, as a rule, a moral obligation and that, therefore, it must be voluntary.”

In comments to Church Militant, Catholic author Deacon Nick Donnelly argued that the cardinal’s “distinction between using abortion-derived cell lines in production and testing makes no sense. Testing is part of production. It is appalling to see Parolin grant Pfizer an abortion absolution.”

Continuing, the cleric added that “Pfizer’s decision to use the HEK-293 cell line in the testing procedures is not morally neutral,” since the shot “depends on cells harvested from a baby girl who was aborted and vivisected alive.”

In stark contrast to Parolin’s generally permissive view on the use of COVID shots which have used abortion in some way for their existence, Bishop Athanasius Schneider of Kazakhstan has said that widespread acceptance of the abortion-tainted shots helps to “normalize the horror of genocide” that is abortion.

“[T]his horror is so monstrous that it cannot be compared with other evils which we in some way accept [in] this naturalistic, materialistic society, like products of slavery work,” the prelate declared. “It is incomparable with the horror of murdering innocent children.”

Despite the propagation of the abortion industry on the back of the currently available COVID injections, Pope Francis has maintained a consistent determination that taking the shots is a “moral obligation” and an “act of love.”