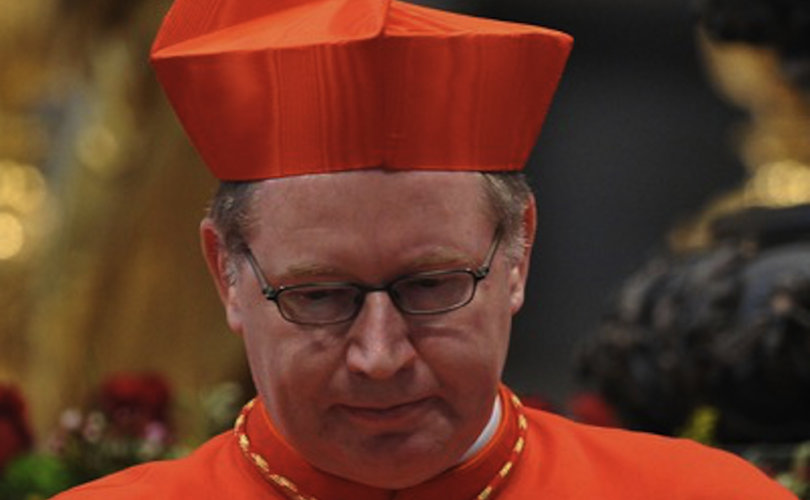 UTRECHT, Netherlands, May 7, 2018 (LifeSiteNews) – A Dutch cardinal has said that Pope Francis’ failure to uphold the Church’s authentic faith makes him think of the Catechism of the Catholic Church’s prophecy of a “final trial” for the Church before the second coming of Christ.

Cardinal Willem Eijk, 64, the Archbishop of Utrecht, made the startling comment in an article published today at the National Catholic Register.

Eijk, who was created a cardinal by Pope Benedict XVI in 2012, got his medical degree before ordination to the priesthood and went on to complete three PhDs in medicine, philosophy and theology.

In the article, the Cardinal laments Pope Francis’ failure to bring clarity on the question of intercommunion with Protestants during last week’s meeting at the Vatican with German bishops. The Pope told the German bishops to obtain unanimous approval on the issue, but, says Cardinal Eijk, he should have simply reminded them of the Church’s clear doctrine and practice.

“By failing to create clarity, great confusion is created among the faithful and the unity of the Church is endangered,” he said.

“Observing that the bishops and, above all, the Successor of Peter fail to maintain and transmit faithfully and in unity the deposit of faith contained in Sacred Tradition and Sacred Scripture, I cannot help but think of Article 675 of the Catechism of the Catholic Church,” he wrote.

That article of the Catechism, which he quoted in full, warns of a trial that will “shake the faith of many believers.” It prophesies a persecution that will “unveil the ‘mystery of iniquity’ in the form of a religious deception offering men an apparent solution to their problems at the price of apostasy from the truth.”

Cardinal Eijk warned publicly last year that by failing to clarify Church teaching over divorce and remarriage, Pope Francis was “fracturing” the Church.

In a letter Cardinal Caffarra received from Sr. Lucia, the Fatima visionary wrote that the “final battle between the Lord and the kingdom of Satan will be about marriage and the family. Do not be afraid, (she added), because anyone who works for the sanctity of marriage and the family will always be fought and opposed in every way, because this is the decisive issue.”

That final battle, he said at the Rome Life Forum, “is being fulfilled today.”

Cardinal Burke too has identified the confusion and error in the Catholic Church under Pope Francis with the end times. “One may have the feeling that the Church gives the appearance of being unwilling to obey the mandates of Our Lord,” Cardinal Burke said in an interview with the Catholic Herald in November. “Then perhaps we have arrived at the End Times.”