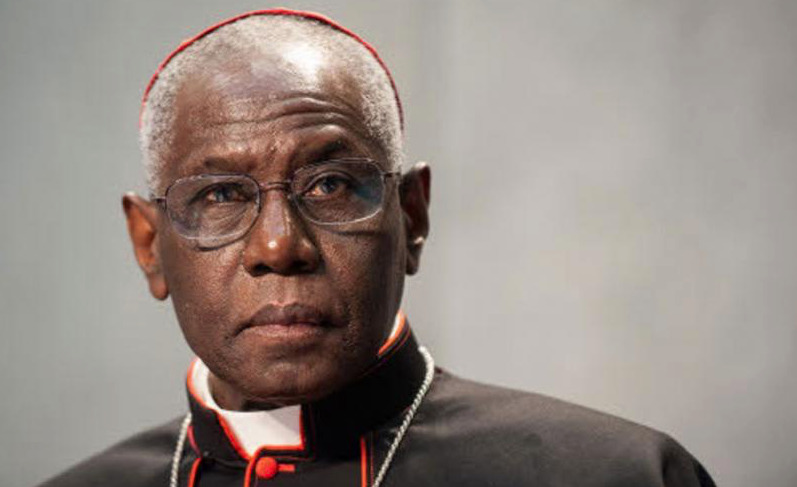 VATICAN CITY, October 4, 2018 (LifeSiteNews) — Cardinal Robert Sarah was elected last evening as a member of the Information Commission responsible for disseminating news on the Vatican Youth Synod, but has declined the position “for personal reasons,” it has emerged.

At a Vatican press briefing today, Bishop Fabio Fabene, undersecretary of the Synod of Bishops, told journalists that Cardinal Sarah, Prefect of the Congregation for Divine Worship and Discipline of the Sacraments, did not specify what his motives were for declining the position, but only said that it was due to “personal reasons.”

Cardinal Sarah, of Guinea, is also the author of two acclaimed books: God or Nothing and The Power of Silence.

Fabene added that Cardinal Wilfrid Napier of Durban, South Africa — who came in next in the vote tally — was made a member of the commission in Cardinal Sarah’s place.

According to article 15 of a new ‘Instruction on the celebration of synodal assemblies and the activities of the General Secretariat for the Synod of Bishops,’ issued on Oct. 1, the Information Commission is responsible for establishing “criteria and methods for the dissemination of news.”

Article 15 specifies further that: “Press conferences may be held on individual topics by the Synod Fathers appointed by the President of the Commission.”

The Instruction states that the commission is composed of: “the President and the Secretary, who are appointed by the Roman Pontiff, the Secretary General of the Synod of Bishops [Cardinal Lorenzo Baldisseri]; the Undersecretary [Bishop Fabio Fabene]; the Special Secretary [Fr. Giacomo Costa, S.J.], the Prefect of the Dicastery for Communication [Mr. Paolo Ruffini], the Director of the Press Office [Mr. Greg Burke], “as well as five Members elected by the Assembly according to the Regulations of the Synod Assembly.”

The Synod Fathers have elected these members of the Information Commission for @Synod2018: Cardinals Lacroix, Napier, Schönborn, Tagle, and Bishop Fisher. Here they are with the President and Secretary of the Commission: @PaoloRuffini2 and @AntonioSpadaro . #Synod2018Live pic.twitter.com/PiYgnfhviI

The XV Ordinary General Assembly of Bishops on ‘Young People, the Faith, and Vocational Discernment opened on Wedneday, Oct. 3, and runs until Sunday, Oct. 28.