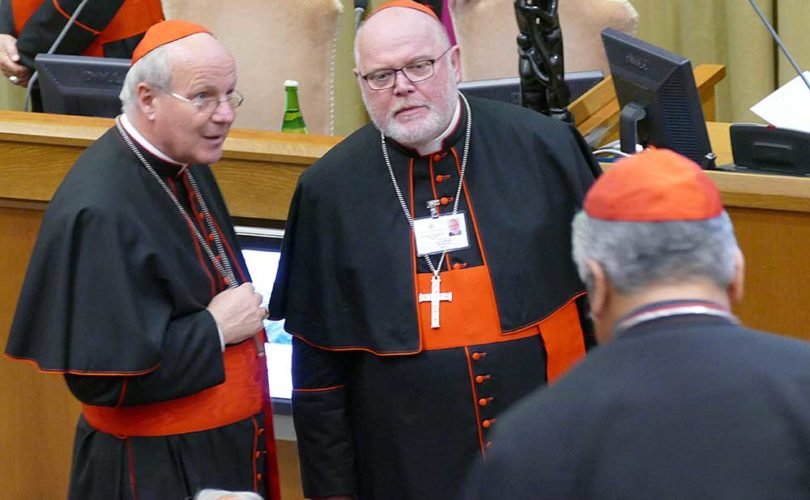 VIENNA, Austria, June 21, 2018 (LifeSiteNews) — Austrian Cardinal Christoph Schönborn has spoken again about the possibility of women’s ordination, saying it would be “too profound” a change to allow female priests, but that there could be a return of female deacons.

“There were deaconesses in the first centuries,” said Cardinal Schönborn, “which could be reintroduced, but there have never been priestesses in the Catholic Church.”

“That would be too profound an encroachment on the 2,000-year tradition,” the cardinal added, “and even Pope Francis said: ‘that is not foreseen.’”

Schönborn made his comments to the Austrian news outlet OE24 in a June 18 interview, and the Catholic Herald subsequently covered them.

The cardinal’s remarks appear to backpedal from his telling the Austrian newspaper Salzburger Nachrichten in early April that ordaining women was possible.

Schönborn, one of Pope Francis’ closest advisors, had stated that the question was one that can only be clarified by a (Church) council.

“That is a question too big that it could be decided from the desk of a pope,” he said.

When the reporter asked whether Schönborn was referring to the ordination of women as priests, Schönborn had responded, “as deacons, priests, bishops.”

Following the cardinal’s controversial remarks in April signaling that ordination of women was possible, Archbishop Luis Ladaria Ferrer SJ, Prefect of the Congregation for the Doctrine of the Faith (CDF), reaffirmed the Church’s teaching on the male-only priesthood via the Vatican’s newspaper L’Osservatore Romano.

“The Church has no authority whatsoever to confer priestly ordination on women and that this judgment is to be definitively held by all the Church’s faithful,” Ladaria said in the May 30 article.

“The Congregation for the Doctrine of the Faith, in response to a doubt about the teaching of Ordinatio Sacerdotalis, reiterated that it is a truth belonging to the deposit of faith,” he said, referencing the teaching of Pope Saint John Paul II in the late pontiff’s 1994 apostolic letter.

“In this light, it is a cause of serious concern to still see voices being raised in some countries that call into question the definitiveness of this doctrine,” he said. “In order to maintain that this is not definitive, it is argued that it has not been defined ex cathedra and that a subsequent decision of a future pope or council could therefore overturn it.”

The Church holds that it is ontologically impossible to ordain women, because Jesus ordained only men. Additionally their manhood is vital to their priesthood and their ability to act in the person of Christ (in persona Christi).

The Church also teaches that, “Only a baptized man can validly receive sacred ordination (CCC 1577), and thus with the diaconate as a part of the sacrament of Holy Orders (CCC 1536), only men can be ordained deacons.

Holy Orders consists of the three degrees of the episcopate (bishops), presbyterate (priests) and diaconate (deacons).

Hickson reports further that several progressive voices in Germany concurred with Schönborn that women can be ordained deacons, and also that both the Women’s Ordination Conference and the German Catholic bishops had pointed out that Ladaria did not explicitly mention female deacons in his statement vetoing female priests – speculating that this leaves the door open for women deacons.

“Thus, this recent backtracking by Cardinal Schönborn does not yet mean that the danger of an undermining of the three-fold Sacrament of Holy Orders has ceased to exist,” she wrote.

This is not the first time Schönborn has expressed openness to ordaining women.

The cardinal told the Austrian daily Wiener Zeitung last year, “I can understand the malaise which women feel when they see only men concelebrate.”

Pope Francis established a 12-member commission to study the issue of women deacons in August 2016, the commission including a leading advocate of ordaining women deacons and with Ladaria as its president.