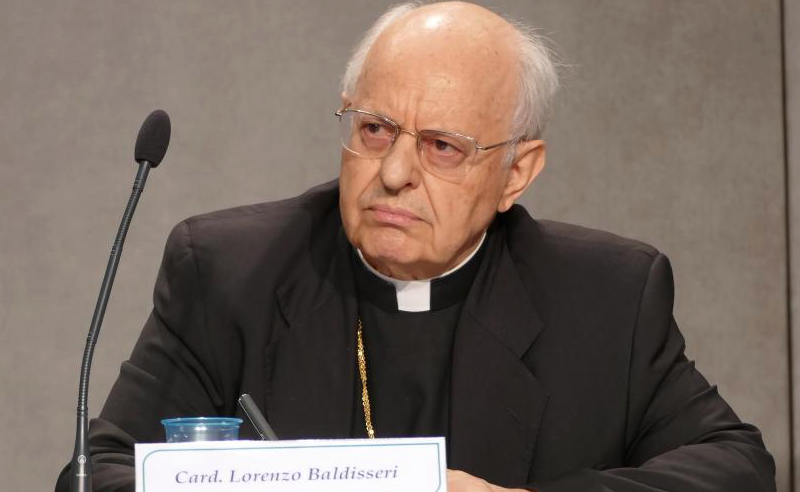 ROME, October 1, 2018 (LifeSiteNews) — Cardinal Lorenzo Baldisseri, the official responsible for organizing the upcoming Vatican Youth Synod, has said he will not remove the acronym “LGBT youth” from the Synod’s working document, even though youth didn’t ask for it to be included. The cardinal, however, has claimed that they did.

At a press conference this morning, LifeSiteNews reminded Baldisseri, who is the Secretary General of the Synod of Bishops, that at the June 19 presentation of the synod’s working document [Instrumentum Laboris], he had said the phrase “LGBT youth” was taken from the pre-synodal document compiled by young people at their meeting with the Pope and Synod organizers, March 19-24, 2018.

Baldisseri stressed at that presentation that synod organizers were “very diligent in taking into account the work done by the bishops’ conferences, but especially the results of this meeting with youth, of which they were the protagonists.”

Today, we told Cardinal Baldisseri that we had looked back at the final document of the pre-synodal meeting with youth in March, and the acronym “LGBT” doesn’t appear anywhere.

This issue is significant because there is increasing concern that this synod is being used as a vehicle for introducing a general acceptance of a homosexual lifestyle within the Church. This concern has been heightened by the fact that a new Apostolic Constitution on the structure of synods, issued two weeks ago, has established that the final document of a synod, if approved by the Pope, would become part of the Ordinary Magisterium of the Church. By implication, this could mean the acronym “LGBT” could become enshrined in the papal magisterium of the Roman Catholic Church.

The concern is further heightened by the fact that a faction within the 2014 Extraordinary Synod on the Family sought to introduce a shift in the Church’s teaching on homosexuality through their interim report, releasing the document to the media before the Synod Fathers had seen or reviewed it. At the time, veteran Vatican journalist Sandro Magister said this introduction “would not have been possible without a series of skillfully calculated steps on the part of those who had and have control of the procedures.”

“Look, I am not removing anything,” Cardinal Baldisseri retorted this morning. “The Synod Fathers will discuss it article by article. All the texts, even the loftiest in the world, will be discussed.”

Observers note that doing so would effectively legitimize an acronym invented by the homosexual and transgender movements.

The XV Ordinary General Assembly of the Synod of Bishops on ‘Young People, the Faith, and Vocational Discernment’ begins this Wednesday, October 3, and ends on October 28.