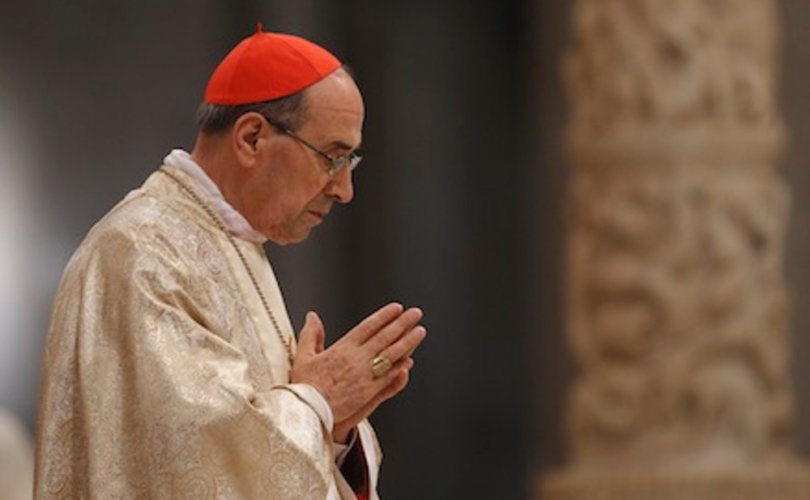 September 18, 2017 (LifeSiteNews) – A Cardinal who contributed to a book that outlined authentic Catholic teaching on marriage and the family during the Vatican’s controversial 2015 Synod on the Family died earlier this month.

Cardinal Velasio De Paolis, C.S., died September 9 at the age of 81. He was the prefect emeritus of the Prefecture for the Economic Affairs of the Holy See. Pope Emeritus Benedict XVI made him a cardinal in 2010.

De Paolis was one of the five cardinals who authored Remaining in the Truth of Christ: Marriage and Communion in the Catholic Church. The book refuted Cardinal Walter Kasper's proposal to allow the divorced and remarried without an annulment to receive Holy Communion.

The book included a set of essays that defended and explained the Catholic teaching on the indissoluble nature of marriage. It was intended by its authors as a means of clarifying discussion during the Synod.

Another of the book's authors, Cardinal Carlo Caffara, bishop emeritus of Bologna, died on September 6.

Kasper pushed his proposal to dramatically change Church practice during the two synods on the family. Many Catholics hoped that the 2016 Exhortation Amoris Laetitia would clearly illuminate Church teaching on marriage and Holy Communion.

Instead, ambiguity in the Exhortation led to Kasper and other left-leaning prelates declaring victory. Bishops around the world issued different guidelines for the document's implementation. Some allowed civilly-divorced-and-remarried Catholics living in habitual adultery to receive Holy Communion (such as in Argentina, Germany, Malta, etc.), while others forbade it (such as in Poland, Canada, etc.).

Pope Francis endorsed the Buenos Aires' bishops guidelines that allowed Communion to be given to adulterers, saying there is “no other interpretation.”

In 2014, De Paolis said Kasper's proposal was an “unprecedented” attack on the “very foundations of Christian life.”

The Church's practice of officially barring from Holy Communion those living unrepentantly in sinful sexual unions is “a discipline founded on divine law,” he said.

Those living in “a grave violation of the natural moral law,” which he called “a personal situation not appropriate for receiving the Eucharist,” can therefore not receive Communion, he said.

De Paolis said it was impossible to change the Church's practice on this issue because “the ecclesiastical authority cannot dispense with the natural and divine law: respect for the natural law of marriage and the need for sanctifying grace.”

Cardinal Joachim Meisner, who along with Caffara signed a dubia asking Pope Francis to formally say whether Amoris Laetitia is aligned with Catholic morality, died on July 5.