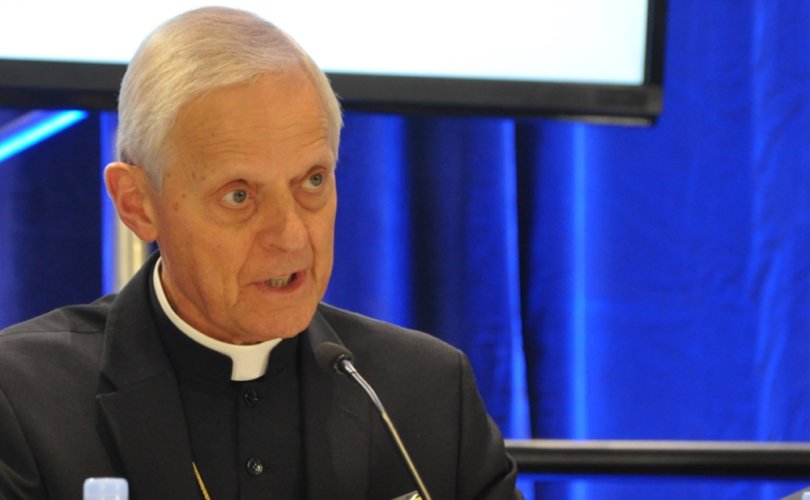 WASHINGTON, DC, September 7, 2018, (LifeSiteNews) – Embattled Cardinal Donald Wuerl conceded on Thursday the growing number of calls for him to resign, emanating from even his own clergy, but stopped short of saying he is ready to step down.

In a two-page letter to priests of the Washington archdiocese published yesterday, Wuerl acknowledged that among “many observations” priests had made at a meeting this week, they expressed that the “archdiocese would be well served by new leadership to help move beyond the current confusion, disappointment and disunity.”

In recent weeks, the Cardinal has faced a barrage of explosive allegations that he mishandled and covered up instances of criminal sexual abuse by priests while he was bishop of Pittsburgh.

In the aftermath of the release of the report, Pennsylvania Attorney General Josh Shapiro accused Wuerl of lying about his involvement, saying that Wuerl’s assertions that he “acted with diligence” were “misleading statements” furthering the cover up.

Wuerl’s credibility also came into question when he declared that he knew nothing of the abuse settlements paid to sex abuse victims of his predecessor, disgraced former Cardinal Theodore McCarrick.

The Vatican’s former ambassador to the United States, Archbishop Carlo Maria Viganò then released a scathing testimony which offered confirmation of Cardinal Wuerl’s complicity in the McCarrick cover up.

The Cardinal’s “recent statements that he knew nothing about it,” said Viganò, “are absolutely laughable. He lies shamelessly.”

As a result, Wuerl has faced a public relations nightmare.  For two weeks he withdrew from all public appearances, going so far as to back out of his high profile keynote address at the World Meeting of Families in Dublin, Ireland.

In his former diocese, a prestigious Catholic high school which had proudly borne his name, abruptly dropped it.

As the embattled Cardinal emerged from hiding at a parish Mass this past Sunday, a man in the congregation stood and shouted, “Shame on you!” as Wuerl attempted to address the sexual abuse scandals rocking the Church throughout the summer.

In a crushing blow to his Wuerl’s authority, Father Percival D’Silva, a beloved priest at liberally minded Blessed Sacrament parish in Washington’s tony suburb of Chevy Chase, ended a recent Sunday homily by calling for Wuerl to resign.  He received a standing ovation.

The past may be prologue.

In 2002, Fr. D’Silva famously “delivered a sermon at Blessed Sacrament calling for the resignation of the Boston Cardinal Bernard Law amid accusations of covering up child abuse by priests,” according to a report in Bethesda Magazine.

Wuerl has also had to endure one devastating media headline after another.  On Wednesday, a Daily Wire headline blared, “The Walls Close In On D.C. Cardinal Wuerl: Parishioners Heckle, Priests Demand Resignation.”

Also in his letter to his priests, Cardinal Wuerl announced that this fall would be a “Season of Healing” in the archdiocese:

In recognition of the ongoing need for healing, and after consultation with a number of laywomen, laymen and some priests, I am proposing a “Season of Healing” that would begin Friday, September 14, the Feast of the Exaltation of the Holy Cross, as a first step in the necessary healing process for our Church.

The “Season of Healing” would first and foremost be an invitation for parishes and parishioners to come together in prayer, to give voice to the pain and suffering of the survivors of clergy sexual abuse, while also recognizing the pain and wound of the whole Church.

He promised a “toolkit of resources” would be provided to assist pastors in this endeavor.

Not everyone has looked favorably on this proposed effort.

Rod Dreher, writing at his popular American Conservative blog sees the “Season of Healing” as a cynical attempt by Wuerl to deflect negative media attention away from himself:

Hoo boy. Cardinal Wuerl has gone all Moralistic Therapeutic Deist. This cynical cat is branding his own self-rehabilitation. He’s even got a “toolkit” to change the subject from his own failures to the suffering of abuse victims. This takes chutzpah. Here’s the letter he sent to his priests today.