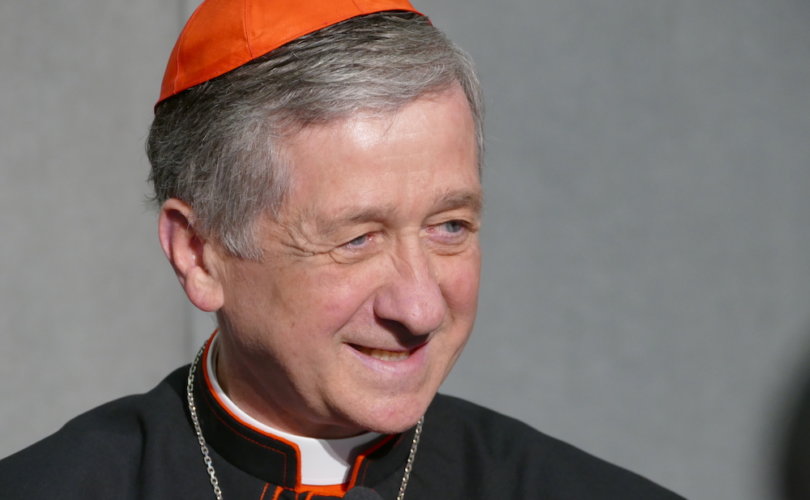 ROME, February 18, 2019 (LifeSiteNews) — Cardinal Blase Cupich of Chicago, Cardinal Reinhard Marx of Germany, and Cardinal Antonio Tagle of the Philippines will be featured speakers at the Vatican’s upcoming summit on clerical sex abuse titled, “The Protection of Minors in the Church” beginning later this week.

Cardinal Cupich, one of the main organizers of the summit and a lead prelate of the delegation from the United States, emerged as an immediate proponent of the Vatican summit when, at the last minute, the Holy See blocked the United States Conference of Catholic Bishops (USCCB) from pursuing its agenda to address clergy sexual abuse at the groups meeting last November.

The Chicago Archbishop’s appointment to a high profile role at the summit raised eyebrows from the outset, particularly after he dismissed Archbishop Viganò’s testimony on the McCarrick abuse cover-up as a mere “rabbit hole” distracting the Church.  As evidenced at today’s press conference, Cardinal Cupich continues to believe that homosexuality is not a significant contributing factor in the abuse of minors, despite statistics showing otherwise.

At a press conference today, former Vatican spokesman Federico Lombardi announced the list of featured speakers and the topics they will be discussing at the upcoming meeting:

The Vatican also released the list of meeting participants. The list of names has been published on a dedicated website aimed at providing resources for journalists and concerned Catholics during the Vatican summit.

Taking part in the meeting, at which Pope Francis will be present, will be the Heads of the Oriental Catholic Churches; the Superiors of the Secretariat of State; the Prefects of the Congregations for the Doctrine of the Faith, for the Oriental Churches, for Bishops, for the Evangelization of Peoples, for the Clergy, for Institutes of Consecrated Life and for Societies of Apostolic Life, and of the Dicastery for Laity, the Family and Life; the Presidents of the Episcopal Conferences; and representatives of the Union of Superiors General and of the International Union of Superiors General.

Al told, there will be 190 Summit participants at the four day summit hosted by the Vatican, beginning this Thursday.

A complete list of participants can be found here in pdf format.

On Saturday evening, participants will adjourn from the synod hall to attend a “penitential liturgy,” in the Sala Regia in the Apostolic Palace, where Sunday Mass will be held the following morning.

Pope Francis will be present at both the penitential liturgy and at Sunday Mass but is not expected to deliver a homily. However, at the conclusion of Mass on Sunday, the Pope will deliver a concluding address.