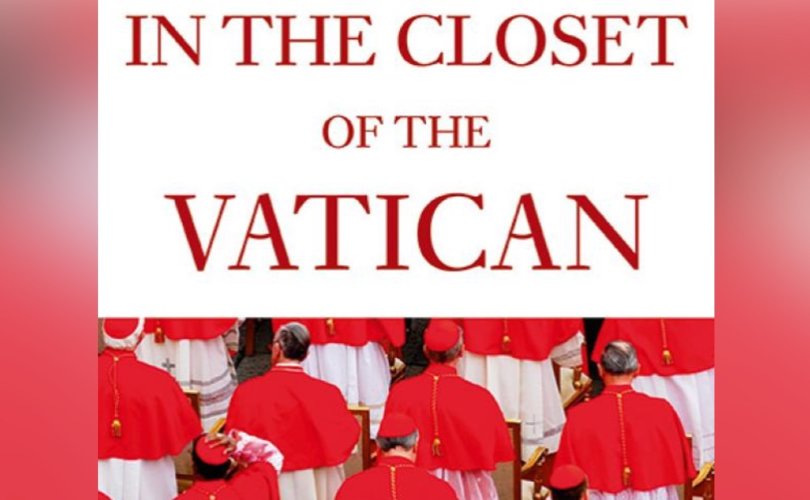 March 1, 2019 (LifeSiteNews) – The controversial book In the Closet of the Vatican: Power, Homosexuality, Hypocrisy by Dr. Frédéric Martel published February 21 has garnered criticism from left and right. Cardinals Gerhard Müller and Walter Kasper who are quoted in the book both explained to LifeSiteNews how Martel gained access to them under false pretenses.

Dealing with a vast problem of homosexual clergymen within the Vatican and in the Universal Church, the book came out just in time for the beginning (Feb. 21) of the Sex Abuse Summit in Rome.

Martel, an active homosexual himself clearly identifies his bias in the book as hoping to support a change in Church teaching on homosexuality, to permit homosexual clergy and abandon celibacy. But despite his bias toward this faction of the hierarchy, the prelates he interviewed from both left and right are not happy with the methods Martel used to gain access nor the quotes attributed to them in the book.

Cardinal Müller told LifeSite that Martel, when visiting him, presented himself as someone who had fallen away from the Catholic Faith but who admired Pope Francis for his being a reformer. The former head of the Congregation for the Doctrine of Faith thought that Martel was interested in talking about the faith, and “wanted to help him to find his way back to the Church of Christ.”

Dr. Martel dedicates a few pages in his book to Müller and clearly shows his bias calling him a “homophobic” prelate. According to Martel, “the more a prelate is homophobic, the more likely he is homosexual himself.”

For his part, Cardinal Kasper recalls: “There was a meeting with F. Martel. He asked for the meeting in order to talk on external relations of the Holy See. I thought, well we can talk on ecumenical relations. But then he wanted to talk only on homosexual relations within the Vatican. I told him: I am not interested in it, and I have no information about it. Rumors aren’t my interest. So I cannot make any comment.”

Martel, however, told LifeSiteNews that he did take notes and that he actually had not only one, but two interviews with Cardinal Kasper, on June 14, 2017, and March 15, 2018. He also says that the quotes are exact and that he spoke also with Cardinal Baldisseri and the synod team who confirmed what he says for instance about Kasper's role during the two family synods.

The path set out by Francis, and the small-step strategy, is the right one. If you advance too quickly, as in the ordination of women or the celibacy of the priesthood, there will be a schism among Catholics, and I don't want that for my Church. On divorcees, on the other hand, you can go further. I've defended that idea for a long time. When it comes to recognizing homosexual couples, that's a more difficult subject: I tried to move the debate forward at the synod, but we weren't listened to. Francis found a middle way by talking about people, about individuals. And then, very gradually, he moved the lines. [….] He is moving in his own rhythm, in his own way, but he has a goal. … We will win.

When LifeSite asked specifically about the quote, Kasper responded, “As usual – there doesn’t exist any protocol and he didn’t take notes. Recently I heard about the book, but didn’t see or even read it.  He never sent his remarks to me for authorization.  So I am surprised about the textual quotation you sent to me. How he could do it? As you quote the phrase I never will confirm it.” (emphasis in original)

Martel writes in his book that Cardinal Kasper, ahead of both the 2014 and 2015 Synods had made public comments in favor of a more positive assessment of homosexual relationships. Says Martel: “Baldisseri's gang are fast workers, that's for sure. Confident and perhaps even foolhardy, Walter Kasper announced publicly, even before the Synod, that 'homosexual unions, if they are lived in a stable and responsible manner, are respectable,' ….”

And indeed, in an interview with the German national broadcast channel ARD, Cardinal Kasper spoke, on 5 October 2014, at the beginning of the first family synod, of “positive elements” in homosexual relationships.

As LifeSiteNews reported before the second family synod, in 2015, Kasper then said that, while homosexuality at the first family synod was “only a marginal topic, but now it becomes central.” Commenting on the Irish referendum approving of same-sex “marriages,” Kasper stated: “A democratic state has the duty to respect the will of the people; and it seems clear that, if the majority of the people wants such homosexual unions, the state has a duty to recognize such rights.” Speaking about homosexual relationships, Kasper added that there are to be found “elements of the good.”

In an e-mail to LifeSiteNews, denying some of the claims in Martel’s book Cardinal Kasper wrote: “You have to make a decision whom you wish to believe – a LGBT- activist or me. Unfortunately, I realized only after the conversation with whom I was dealing, after I had been asked for this interview by F. M. with completely different, obviously pretended intentions.”

Kasper, however, has a record of shifting statements. The most prominent incident was when Cardinal Kasper first denied having made denigrating comments about African bishops and their views about homosexuality. At that time he said about those bishops and their views that “the questions of Africa we cannot solve, adding: “But they should not tell us too much what we have to do.” First, Kasper denied having made these comments, saying: “I am appalled. I have never spoken this way about Africans and I never would,” but then he backtracked when Edward Pentin published the recording of the Cardinal's exact words.

Cardinal Müller too objected to some of the statements Martel included in his book concerning Müller. For instance, Martel suggests that “that Cardinal Müller once had a meeting with Pope Francis, in which the Pope recommended to him to meet with a certain controversial theologian and to ‘drink a beer’ and talk it over, instead of rebuking him formally.”

Cardinal Müller responded to LifeSite about the statements by Martel saying: “The method here is so simple that an objective discussion of the matter is only disturbing: he who is homophilic is good and may do what he wants; and he who holds on to the Church's teaching is conservative, and thus one may demean him when one feels like it. In this way, the author associates me and others with perverse phantasies.”