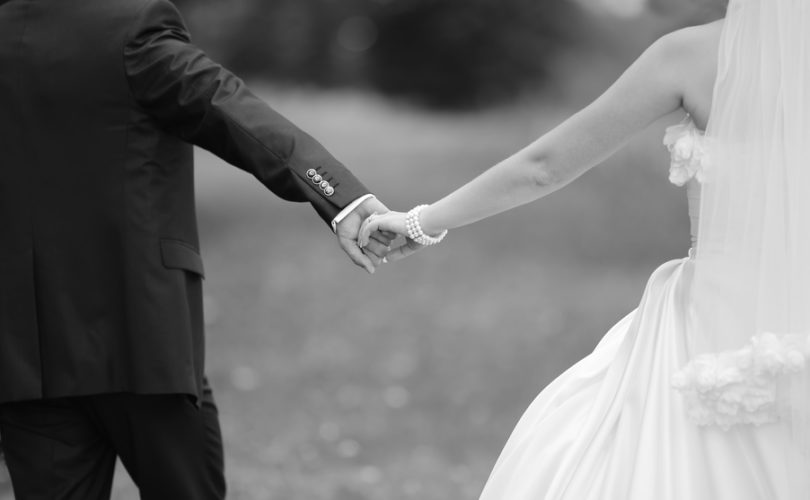 Two high-ranking cardinals have published papers defending the Catholic Church’s traditional teaching on marriage and the family in anticipation of the upcoming Extraordinary Assembly of the Synod of Bishops. Controversy continues to swirl around the Synod, set to run October 5-19, with media and some prominent prelates repeatedly feeding the expectation of a change in the teaching of the Church on the indissolubility of marriage.

Published online this week by the theological journal Communio, the papers by Cardinals Angelo Scola, archbishop of Milan, and Marc Ouellet, prefect of the Vatican’s Congregation of Bishops, will likely have considerable influence at the Synod.

Cardinal Scola, a leading Italian “Ratzingerian” who was thought by many Italian bishops to have been the most likely candidate for the papacy, wrote of the “existence of a significant disconnect,” within the Church between the Catholic faithful and the teaching of the Church on marriage, sexuality and family life that the Synod must address.

He noted that the results of the questionnaire sent out by the Vatican in preparation for the meeting demonstrated that the Church’s teachings “are perceived by many as ultimately unsuitable to the emotional experience of the men and women of our time.”

But the problem is deeper than mere lack of knowledge by Catholics. At its root it is a product of a massive shift in anthropology, of our understanding of what it means to be human, most particularly in the areas of sexuality, he wrote.

“One of the root causes of the marriage crisis is precisely a misunderstanding of this fundamental dimension of human experience: every human being is situated as an individual within the difference between the sexes. We must recognize that this can never be overcome.”

“To overlook the insuperability of sexual difference is to confuse the concept of difference with that of diversity.”

But this concept of the human person, with an unchangeable sexuality integrally connected to the person, he said, is sharply opposed by certain philosophical trends that have become leading ideas in politics. Contemporary culture, he said, conflates the concepts of sexual “difference” with that of “diversity” and equates promoting “diversity” with promoting “equality.” This, he said, has “often led some to consider difference as discriminatory.”

“Confusion stems from the fact that upon closer inspection, ‘difference’ and ‘diversity’ are not synonyms.”

But the Church’s understanding of marriage is founded on the concept of this inherent difference. Marriage, he said, means to “choose to be chosen by another who is sexually different from me, intending the duty of living exclusively with her forever in a communion of life and fruitful love.”

“Male and female are not a merely biological datum, nor a simple cultural construct.”

In the new “gender theory” and “prevalent currents of feminism,” the pressure to enforce their ideas on society “has often degenerated into discrimination” against those who do not agree, he said.

Gender theorists and feminists, he said, have “championed equality/antagonism between the sexes, and then went so far as to maintain that the abolition of the difference itself was a prerequisite for equality.”

In this theory, he said, the intrinsic differences between the sexes are “reduced to a mere cultural conditioning,” and the nature of human sexuality is rejected.

“Heterosexuality, homosexuality, and transsexuality—and other increasingly numerous varieties of gender—are said to be possibilities completely at the disposal of the subject’s self-determination.”

As to the “problem” of those who are divorced and civilly remarried, the Church, he said, must “explain much more clearly why the non-admission” to the Eucharist “should not be considered a ‘punishment’ for their condition.”

Instead it is a “sign pointing the way to a possible path, with the help of God’s grace and continued membership in the ecclesial community.”

Moreover, he added, for those who cannot be admitted to the Eucharist, theirs “does not cease to be a life called to holiness.” For this, he recommended the traditional Catholic practice of “spiritual communion” in which the person not able to receive bodily unites himself in his will and his prayers and asks God for the grace he needs to overcome spiritual difficulties. “It is wrong to think that this practice is extraneous to the Church’s sacramental economy,” the cardinal said.

Scola added, on a “pastoral” level, the recommendation that pastors could suggest to couples in such situations is the “commitment to live in complete continence,” abstaining “from those acts proper to spouses,” a commitment the Church commonly refers to as “living as brother and sister.”

“I can say, after many years of episcopal ministry, that this is a path—involving sacrifice together with joy—that God’s grace does in fact make feasible.

“I have had the opportunity to readmit to sacramental communion divorced and remarried Catholics who had arrived at such a decision after mature reflection,” Scola said.

These spiritual solutions, he added, are not “palliative,” that is, they do not leave the person to remain in the same condition, but “from the perspective of conversion that is proper to Christian life, they are a constant source of peace.”

In his paper for Communio, the Canadian Cardinal Marc Ouellet made similar comments, highlighting the “secularization of cultures and societies” since the time of the Second Vatican Council in the 1960s, that “was gradually giving rise to an unprecedented anthropological crisis.”

In our times, he said, the family has experienced “a serious deterioration not only on the level of couples’ lived experience but also in legislation contrary to the traditional values of the family, promoted by groups of lobbyists who favor the dominant relativistic mentality.”

But in the Church, “the core of the gospel of the family,” Ouellet said, is “unity, fidelity, fruitfulness, and indissolubility.” While unable to participate in sacramental Communion, Ouellet also endorsed the practice of “spiritual communion” which, he said, “is not a pale substitute for sacramental Communion, but rather dimension of the latter.”

Ouellet also highlighted the “slowness of juridical processes for examining the validity” of first marriages, an essential part of the annulment process, as an issue the Synod could usefully correct.

Responding to those prelates, including Cardinal Walter Kasper, who have suggested that the Church lacks “mercy” for refusing Communion to the divorced and remarried, Ouellet said, “The Church’s proclamation of mercy must, then, first clarify this point and reaffirm that divorced and remarried persons have access to this spiritual dimension of sacramental Communion.”

Far from being excluded from the grace of God, he said, “These faithful continue to bear witness to Christ’s absolute fidelity precisely by abstaining from Holy Communion, out of respect for the divine Partner who did not break the first union despite the couple’s failure.”

“To want to receive Communion at any price would mean to force this divine Partner to participate in a false witness.”

The reality of the Sacrament of Communion, he said, together with the indissoluble nature of marriage, makes impossible Kasper’s plan to allow such couples to return to the reception of Communion without altering their lives.

To do so would “mean to profess the indissolubility of marriage in word and to deny it in practice, thereby sowing confusion in the People of God, especially in those persons who have sacrificed opportunities to rebuild their life out of fidelity to Christ.”