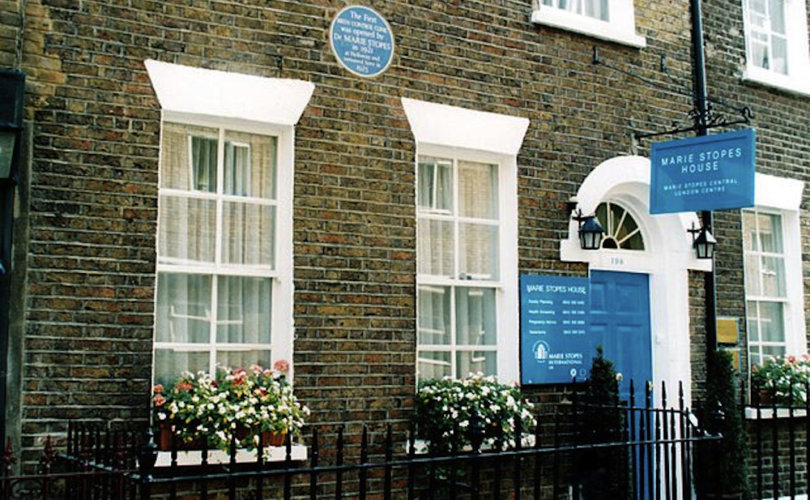 LONDON, England, December 22, 2016 (LifeSiteNews) —  The United Kingdom's Care Quality Commission released a report on dangerous and negligent practices at the Marie Stopes International abortion chain that provide more than ample cause to shut it down, according to the Society for the Protection of Unborn Children (SPUC).

MSI partially suspended abortions for girls under 18 and “vulnerable” women this summer after the Commission studied 12 MSI clinics and found problems with staff training, patient safety, and informed consent. But Stopes was allowed to resume all abortions at the end of October.

This week, the Commission released its reports on all 12 clinics and explained that it was “reassured” that the complaints would be remedied, the Commission was ready to act if additional problems came to light.

The Commission stated that 2,634 “incidents” had been recorded at the 12 MSI locations between 2015 and 2016, an increase of 704. And it had “issued four warning notices … in response to regulatory breaches around ‘consent, safeguarding, care and treatment, and ‘governance.”’

SPUC’s John Smeaton condemned Stopes for its negligence and the CQC for letting Stopes continue its operations.

“It is beyond comprehension that these state-sponsored death factories are allowed to remain open despite 2,600 failures being uncovered by inspectors — reportedly including doctors going home while women remained unsedated and foetuses thrown into bins instead of being cremated,” Smeaton said. “It beggars belief that the Care Quality Commission has failed to take the ultimate sanction.”

Smeaton also noted that British abortion law allows the procedure only when the woman’s health is endangered, meaning most of the country’s 185,000 abortions annually are illegal.

“It is a matter of fact,” Smeaton stated, “that 98 percent of abortions are certified on mental health grounds when the government's own evidence shows that there's no real risk to the woman's mental or physical health if she has the baby. In these circumstances, these abortions are illegal.”

The Commission initially determined that what Stopes had in place “did not give us the necessary assurance that patients would be protected from avoidable harm at all times.”

Among specific problems it observed:

Stopes failed to replace a head of nursing at one clinic, and another hired a “consultant in gynaecology and obstetrics (who would review policies and oversee medical staff)” for just eight hours a week.

MSI was not checking to make sure staff maintained their professional credentials. Its clinics were deficient in obtaining informed consent and in ensuring the legal requirements for abortion had been met.

The staff was inadequately trained to recognize and report abuse such as genital mutilation, and to perform abortions under general anaesthesia and sedation.

Staff members were “bulk signing” the forms recording how each case met the legal grounds for abortion, indicating they were rubber stamping them rather that ensuring the woman’s health was at risk, as required by the Abortion Act.

Smeaton noted that British taxpayers were paying for abortions, but the government had decreed that no alternatives be funded.

“Voluntary sector groups like the pro-life organisations, churches and family support groups struggle to provide real practical help, but the statutory providers offer pregnant women nothing but abortion. The departmental policy fuels abortion on an industrial scale — 550 abortions every day in Britain,” Smeaton said. “Abortion is an inherently risky interference in the natural pregnancy process.”