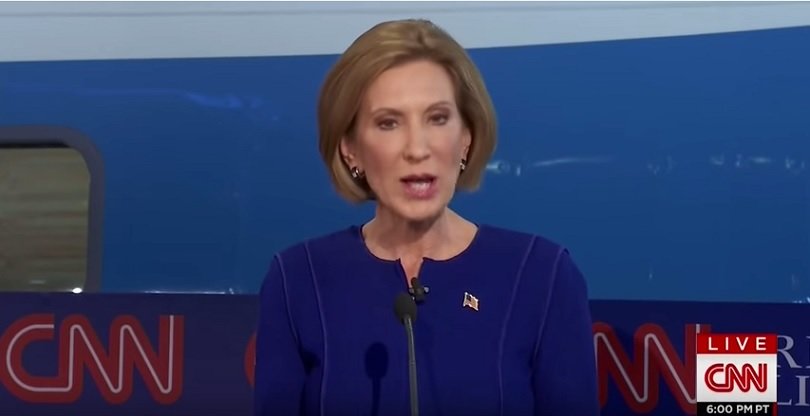 In what some pro-lifers are calling the most memorable response of the three-hour-long CNN debate, Fiorina told moderator Dana Bash how she would handle the Iran nuclear deal, as well as whether she would threaten a government shut down to defund Planned Parenthood.

“As regards Planned Parenthood, anyone who has watched this videotape — I dare Hillary Clinton, Barack Obama to watch these tapes,” Fiorina said, her voice filling with fervor. “Watch a fully formed fetus on the table, it's heart beating, it's legs kicking while someone says, 'We have to keep it alive to harvest its brain.'”

Fiorina was referring to the seventh undercover video from the Center for Medical Progress – released on August 19 – in which former StemExpress procurement technician Holly O'Donnell testifies that she saw an aborted baby's heart beating after its abortion, just before her trainer harvested the child's brain by cutting the baby's face with scissors.

The child was the “closest thing to a [fully-developed] baby I've seen.”

Subsequent footage shows a baby boy of roughly equal developmental age, with his leg twitching. The video was not of the child in question but another child, in footage spliced into the video from the Center for Bioethical Reform. CMP Lead Investigator David Daleiden said he added the footage to better illustrate the subject matter.

Fiorina said that depriving any organization that is involved in such practices of its annual allotment of more than half-a-billion dollars in taxpayer funds “is about the character of our nation” – and she said Congress should risk a government shutdown in order to put the president on the spot about his support for abortion extremism.

“If we will not stand up and force President Obama to veto this bill, shame on us,” she said.

Post-debate commentary has shown that viewers believe Fiorina helped her presidential prospects with her performance in this debate, as she did in the Fox News “happy hour” debate last month.

The Susan B. Anthony List posted video of Fiorina's remarks on YouTube, because it found them so compelling.