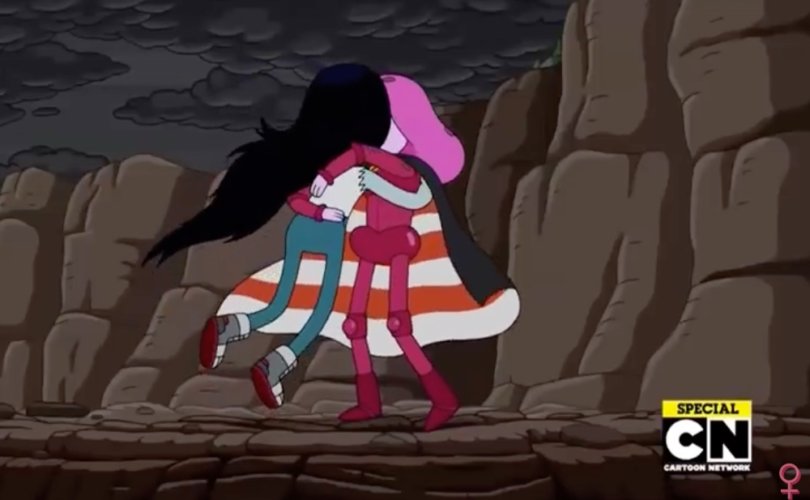 June 11, 2020 (LifeSiteNews) – Once a refuge for children’s innocence, the world of mainstream animation has become intertwined with increasingly adult themes and real-world politics over the past several years, as highlighted by Cartoon Network’s decision to celebrate LGBT “Pride Month” with social-media advertising, special videos, and curated collections of shows approved by the LGBT lobby.

“Our world is changing every day and it’s the courage of individuals that bring forth progress,” Cartoon Network declared Wednesday. “While the world continues to push for equality, CN celebrates the people and families within the LGBTQ+ community, all month long and all year round.”

Our world is changing every day and it’s the courage of individuals that bring forth progress. ��❤️������������️‍�� While the world continues to push for equality, CN celebrates the people and families within the LGBTQ+ community, all month long and all year round. #HappyPrideMonth pic.twitter.com/VqygPr1FMp

The message was accompanied by a video of various teens and preteens (complete with their “preferred pronouns” listed onscreen) promoting pro-LGBT activism in generic terms of “love,” “standing up,” “inclusion,” and the like. Clips of LGBT parades are intercut with their testimony, which concludes with the kids declaring they are “proud” to be “transgendered,” “queer,” “nonbinary,” and “an LGBTQ ally.”

“The network’s Pride campaign, which spans all of June, “kicks off today with Drawn to … Courage, to be followed by Drawn to … Love, rolling out across all Cartoon Network platforms, including linear and social,” Animation Magazine reported. “Each video will feature kids from the comfort of their homes discussing individuality and inclusivity through courage and love. The series will continue to build on the network’s goal to promote inclusion and self-love, encouraging fans everywhere to always be themselves.”

Cartoon Network’s website also hosts a special Pride Month playlist, a selection of videos from the network’s animated series Steven Universe and Craig of the Creek, the former of which has received an award from the left-wing lobbying group GLAAD.

Promoting homosexuality and gender-fluidity is nothing new for the animation channel, which rose to popularity thanks to a combination of original programming and its celebration of cartoon classics from Warner Bros., Hanna-Barbera, and MGM. In 2018, the final season of its hit original series Adventure Time depicted a lesbian kiss; that same year, Steven Universe also featured a lesbian wedding.

Other recent examples of “children’s” or “all-ages” animation to incorporate LGBT content include Cartoon Network’s Clarence; Netflix’s Voltron: Legendary Defender and She-Ra and the Princesses of Power; Nickelodeon’s Avatar: The Legend of Korra and The Loud House; Disney Channel’s Star vs. The Forces of Evil; Amazon’s Danger & Eggs; and even the preschool-aimed Disney cartoon Doc McStuffins.

Notably, several of the aforementioned examples were held until the end of a series’ run, suggesting that creators wanted to time the LGBT content for when offended parents could no longer affect the show’s ratings.

Despite Cartoon Network’s feel-good, self-righteous presentation of LGBT pride, a body of social science literature indicates that indulging a child’s gender confusion can be harmful in the long run.