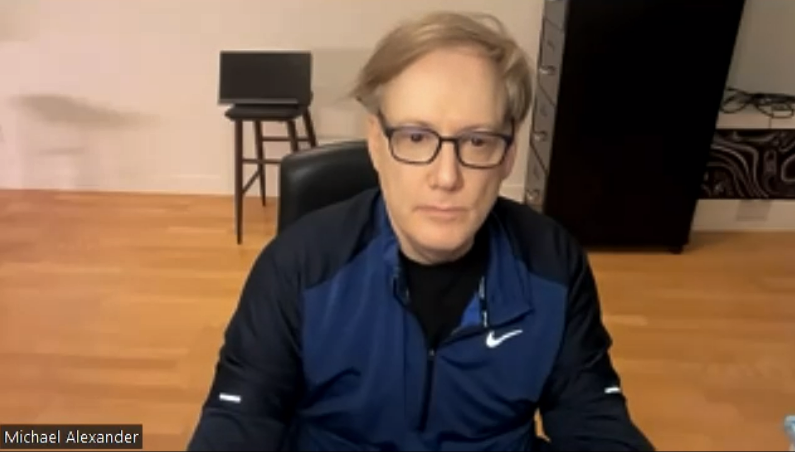 (LifeSiteNews) – Canadian lawyer Michael Alexander appeared before a tribunal of the College of Physicians and Surgeons of Ontario (CPSO) on Wednesday, November 23 to defend three of his clients against an attempt to have their licenses taken away due to their anti-COVID-narrative stances and actions.

Alexander’s defense centered on two main issues: First, that patients in Ontario have a constitutional right to security of the person for reasons of informed consent and, second, that the regulations being leveled at Ontario doctors are not laws but recommendations and guidelines.

It was Alexander’s contention that since Canadians have a constitutional right to the security of the person, it would be unlawful for any regulating body to bar a doctor from informing a patient of any possible side effects associated with any medicine, COVID-related or otherwise, and since the rules that the doctors’ allegedly transgressed were not laws that “they can’t be used as a basis for prosecuting anyone.”

Alexander explained during the hearing that, normally speaking, any legal changes to standards of practice must be legislated through parliament, and the CPSO cannot simply dictate what constitute new regulatory practices by fiat under the auspices of recommendations and guidelines.

The event was originally streamed on YouTube for the public to watch but has since been removed. There is a ban in Ontario on publishing any recordings or videos of such hearings, but Alexander’s defense of his clients was in line with what he has explained it would be publicly in interviews leading up to the event.

In an interview with Bright Light News, he outlined his reasoning.

The three doctors he is representing are Drs. Mark Trozzi, Patrick Phillips and Crystal Luchkiw, who have all found themselves on the wrong side of the CPSO for their professional decisions and public statements during the COVID era.

Dr. Luchkiw was already brought in front of the college tribunal and was vindicated, as she was brought there on mere suspicion that she had written a vaccine exemption, for which there was no proof, but Alexander is convinced they are going after her again because “they don’t like the questions” she is asking about the COVID narrative.

During the hearing, Alexander called it a “fishing expedition.”

Dr. Phillips is under fire for writing a COVID jab exemptions for patients, and had his license suspended in May. Alexander stated that he wrote the exemptions for “patients who felt that they were being coerced into taking the injections.”

“It’s contrary to the principle of informed consent for anybody to submit to a medical procedure based on coercion.”

In addition, Phillips was reported to the CPSO by the Chief Medical Officer of Health of his own region and was accused of fraud for “clerical” errors on forms where he reported seeing what looked like vaccine side effects in his professional opinion.

Alexander said “clerical errors have turned into an accusation of fraud.” He called the procedure “Kafkaesque.”

Trozzi has been public about his anti-COVID-narrative stance since the outset of the declared pandemic, and he was also suspended from issuing exemptions of any kind.

Alexander also said there are “dozens and dozens” of doctors being prosecuted by the college for similar reasons. “If we get the decision I am hoping for, it could change the face of medicine throughout the country.”

“The college [CPSO] has been engaged in habitual overreach for three decades and they are rarely regulated properly by the legal profession,” he said.

He explained that due to changes in procedure last year, it is not possible to bring forth pre-trial motions based on a Charter of Rights and Freedoms defense, which was not the case previously.

“This is the first time … where the college is being challenged on jurisdictional and charter grounds … should we win … the prosecutions against my clients will have to be quashed,” he continued.

The CPSO lawyer opined that any Charter issues “should be parked” and not contended with in a CPSO setting, arguing that Charter challenges were not relevant to the matter at hand.

Her rationale centered on an idea that practicing medicine was a “privilege not a right” and therefore the conduct of doctors is not a Charter issue.

Alexander strongly disagreed and tried to explain that it was not about the doctors but about the fact that the doctors had to inform patients of the truth – regardless of whether it was accepted by a given narrative – in order to protect their constitutionally protected rights.

There has not been a ruling, and Alexander told LifeSiteNews that he doesn’t expect one until at least Christmas, as the CPSO has more than “50 cases” to consider in relation to the current one.