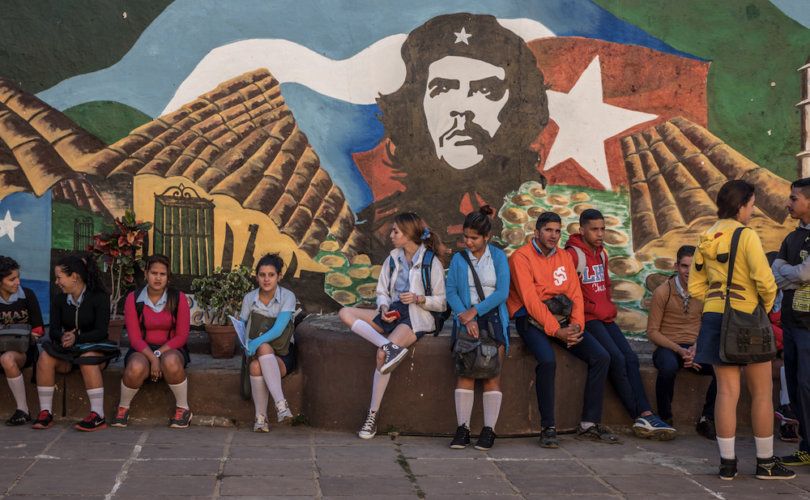 November 28, 2016 (LifeSiteNews) — The legacy of Cuban dictator Fidel Castro, who died November 25 at age 90 after nearly five decades of rule, has one of the highest abortion rates in the world and is an impoverished police state condemned by Amnesty International and Human Rights Watch for human rights abuses.

Castro, who led the overthrow of Cuban President Fulgencio Batista in 1959, has been referred to by some as a “revolutionary icon,” but even such left-wing publications as the Guardian are candid that his revolution’s “dark side” included “executions, political prisoners, surveillance, censorship.”

“Let’s be honest: this was a regime which when it came to power lined up its opponents and shot them,” noted Christopher Sabatini, a Columbia University expert on Cuba and an advisor for Barack Obama’s administration and Hillary Clinton’s presidential campaign.

Supporters of Batista’s government were “sent before summary courts and at least 582 were shot by firing squads over two years,” noted the Independent, adding that “estimates of executions under Castro’s 50-year rule run into the thousands, with monitors warning of unfair trials, arbitrary imprisonment and extrajudicial executions.”

As Castro established his “one-party system, independent newspapers were closed and homosexuals, priests and others viewed as a threat were herded into labor camps for re-education,” it reported.

It’s estimated that more than 1 million  Cubans fled the country in “leaky boats and risked drowning to flee poverty, stagnation and a sense of claustrophobia which most blamed on Castro, not the US embargo,” noted the Guardian.

“The state of freedom of expression in Cuba, where activists continue to face arrest and harassment for speaking out against the government, is Fidel Castro’s darkest legacy,” stated Amnesty International’s Erika Guevara-Rosas.

That repression has continued under Raul Castro, who took over as president in 2008 because of his older brother’s failing health.

“Many of the abusive tactics developed during his time in power – including surveillance, beatings, arbitrary detention, and public acts of repudiation – are still used by the Cuban government,” note a HRW statement released November 26.

The brutality of the Communist regime is evident in Cuba’s abortion rate, which is among the highest in the world, and the highest among UN member states, according to Johnston Archive 2015 data.

“The main reason Cuba’s abortion rate is so high is because its tyrannical government has been Communist for almost six decades, and Communists do not care about innocent human life, but only about their murderous ‘revolution’,” noted Adolfo Cañasteda, director of Hispanic education for Vida Humana Internacional, the Hispanic Division of Human Life International.

“Recall that Marxism does not see the individual person as human being endowed with intrinsic dignity but simply as a cog in a big machine controlled by the State,” Cañasteda told LifeSiteNews in an email.

Abortion is free in Cuba and available on demand, although girls under age 16 must have consent of their parents or guardians.

InterPressNews Service reported in 2013 that three times as many teenage Cuban girls abort their children than carry them to term, and that “many pregnant 15- to 19-year-olds have already had one or more abortions according to their medical histories.”

Cañasteda confirmed that “abortion is used as a form of birth control, despite the fact that pills and IUDs abound, and not real medicines, since [the Cuban] health system is in shambles. The government uses its underpaid doctors overseas as propaganda tool. It’s all a big lie.”

Moreover,“Cuba’s tyranny prides itself hypocritically of having a low infant death rate,” but that is because “they abort in huge numbers those unborn babies they suspect have birth defects.”

Because of its low birthrate, Cuba is facing a demographic crisis, which Business Insider notes is “generally considered to be a ‘rich country problem,’ but in this case, people believe they cannot afford children, and “Cubans are leaving the country in droves.”

Cañasteda agrees that it’s the “difficult economic situation that the tyranny itself has caused (don’t believe the lying secular media which claims it’s because of the so-called ‘embargo’), which together with the loss of moral values makes people fall into the sin of abortion.”

Cubans “have lost their values due to the incessant Communist propaganda and their horrible sex ‘education’ programs that pervert the minds and hearts of the youth,” he added.

“After a half century of Communism, Cuba's standard of living so low, and its political oppression so severe, that its people have been left with virtually no hope for the future,” he told LifeSiteNews in an email.

“Children are living, breathing, laughing expressions of hope in the future.  A people who are short on hope, as the Cubans are, will be inclined to abort their children in large numbers, rather than bring children into what they mockingly refer to as a ‘socialist paradise,’” added Mosher.

“This dovetails nicely with the priorities of the Castro brothers’ atheistic regime,” he continues. “The Communist government is happy to abort unborn children in large numbers, since it means that they will have fewer young Cubans to feed, clothe, and educate.

“Not to mention that, for committed atheists, abortion almost qualifies as a kind of dark ‘sacrament.’”