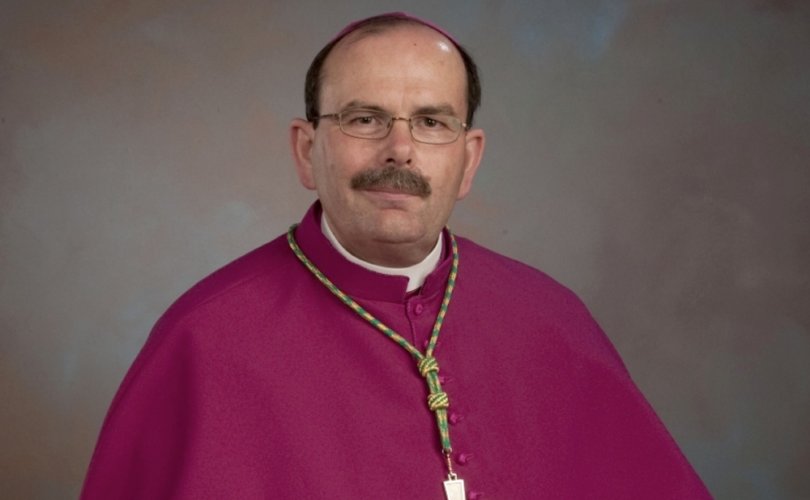 Once the pastor and administrator of St. Boniface Cathedral “realized the implications of the attestation, they have decided to immediately cancel” the summer job grants, Archbishop Albert LeGatt of St. Boniface diocese in Winnipeg told LifeSiteNews.

“Following an internal consultation, we now realize that we are unable to support this certification and for this reason we have withdrawn our application to the Government of Canada,” read the statement, originally in French.

It sent a similar similar message to Service Canada.

The Canadian Conference of Catholic Bishop (CCCB) released a statement in January decrying the attestation as undermining Charter rights of religious freedom.

Cardinal Thomas Collins of Toronto signed an open letter, on behalf of the CCCB, from 87 faith leaders asking the Liberals to drop the attestation.

Collins and Archbishop Terrence Prendergast of Ottawa are among several bishops who have been explicit that Catholics could not attest support for “reproductive” and transgender “rights.”

“We cannot affirm that we support a (non-existent) right to abortion, which is what the euphemism ‘reproductive rights’ means,” Prendergast wrote in January in the Ottawa Sun.

“We didn’t start this controversy,” Collins told Vatican Radio in February. “We’re trying to be cooperative, but we cannot check off the box.”

“We spoke with our local MP,” Foidart told LifeSiteNews. “He assured us that by saying that we checked off the attestation we weren’t saying that we support the rights for abortion.”

Liberal MP Dan Vandal was likely following the line of Employment Minister Patty Hajdu, who, as the controversy snowballed, contended religious groups could check off the attestation box because it concerned a group’s “core mandate,” not its beliefs.

“Not surprisingly, the churches have been no more receptive to this updated opportunity to exchange their consciences for cash than they were the first,” countered columnist Andrew Coyne in the National Post.

Carrière told LifeSiteNews that Trudeau was clear the attestation “was not to prevent any Catholic group or any religious group or any other group” from “receiving those grants.”

While the “present government is, I guess, pushing an agenda,” from his reading of the attestation, “I don’t believe there’s a contradiction between what we do and the fact that we receive the money from the government,” Carrière said.

After LifeSiteNews contacted the archbishop for a comment, LeGatt called to say he “went over to the cathedral and spoke with Fr. Marcel and the administrator, and yes, they had applied, as they do every year, for summer job grants for cutting grass in their cemeteries, so did sign the attestation and were awarded the grant.”

The archbishop said he spoke about the “efforts of our Canadian bishops” and those of the archdiocesan Respect for Life office, the staff of which “personally met with the MPs here to press the point.”

Moreover, “we know that several Catholic organizations, camps especially, had sent in an alternate attestation which was refused by the government,” LeGatt told LifeSiteNews.

As a result of “sharing all that,” the pastor and administrator came “to realize the full consequence of what that attestation was about,” and “decided to immediately cancel it today,” he said.

Hélène Vrignon, Director of Corporate Affairs and Communications, replied the Catholic hospital “will be declining the Canada Summer Student Grant.”

The grants were for the Catholic hospital’s research center, LeGatt told LifeSiteNews.

However, Dr. Grant Pierce, executive director of research at St. Boniface, “having been contacted, realizing the implications, he immediately cancelled the funding too.”

Catholic groups that traditionally relied on Canada Summer Job funding may not realize the significance of the attestation, the archbishop said, “especially when the grants in the past have had absolutely nothing to do with life issues, have been about painting and cutting grass.”

But with the abortion attestation in place, they must look for other sources of funding, he said.

“That’s what we have to do, once we realize the implications.”