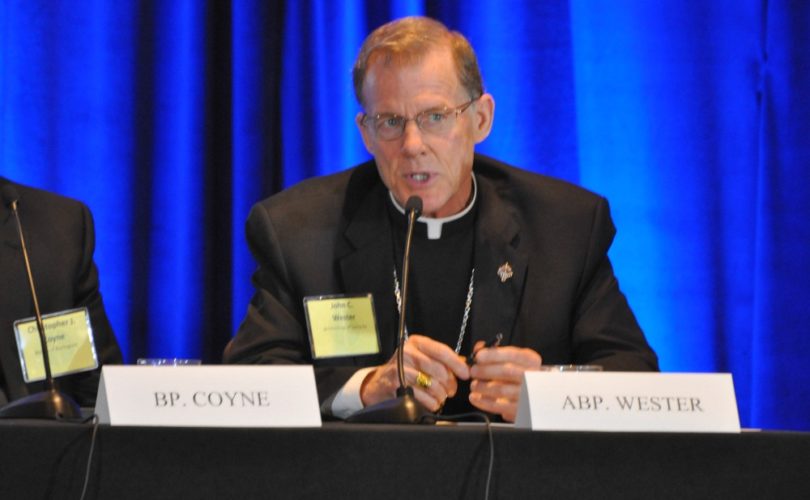 September 23, 2020 (LifeSiteNews) — The Catholic Archdiocese of Santa Fe called on the National Catholic Prayer Breakfast (NCPB) to withdraw their “Christifideles Laici” award from U.S. Attorney General William Barr because of his support for the death penalty.

The archdiocese issued a statement last week saying that they are “appalled” that Barr has been given the award “in light of the fact he just recently began executions of federal prisoners.”

“Catholic teaching on capital punishment (the death penalty) is clear,” their statement reads. “The Church teaches that ‘the death penalty is inadmissible because it is an attack on the inviolability and dignity of the person, and she works with determination for its abolition worldwide’ (Catechism of the Catholic Church #2267).”

In August 2018 Pope Francis issued a rescript, or papal decree, replacing n. 2267 of the Catechism of the Catholic Church and stating that the death penalty is “inadmissible.”

In June 2019 Cardinal Raymond Burke, Bishop Athanasius Schneider, Cardinal Janis Pujats, Archbishop Tomash Peta, and Archbishop Jan Pawel Lenga responded to Pope Francis’ decree in their “Declaration of the truths relating to some of the most common errors in the life of the Church of our time.” The prelates stated:

In accordance with Holy Scripture and the constant tradition of the ordinary and universal Magisterium, the Church did not err in teaching that the civil power may lawfully exercise capital punishment on malefactors where this is truly necessary to preserve the existence or just order of societies (see Gen 9:6; John 19:11; Rom 13:1-7; Innocent III, Professio fidei Waldensibus praescripta; Roman Catechism of the Council of Trent, p. III, 5, n. 4; Pius XII, Address to Catholic jurists on December 5, 1954).

Writing in January 2018, Catholic philosopher Dr. Edward Feser noted that “scripture clearly teaches that capital punishment can be legitimate in principle, and the Fathers are agreed that scripture teaches this.”

Feser added that “[it] follows that the legitimacy in principle of capital punishment is a divinely inspired and thus irreformable teaching.”

As well as President Donald Trump, Bishop Barron also spoke this morning at the NCPB, which this year took place online. Earlier this week LifeSiteNews wrote to him via his media team at his “Word on Fire” ministry to ask him if he disagreed with the statement by the Archdiocese of Santa Fe. We did not receive a response.