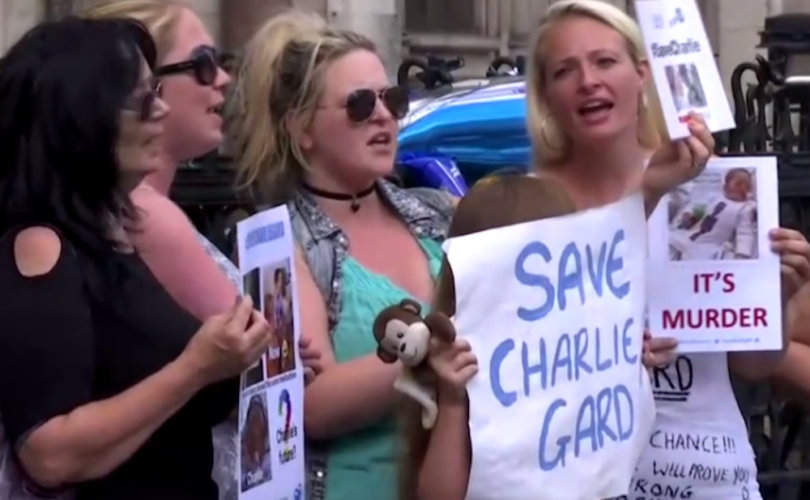 Dr. John Haas said in a new interview that Catholic teaching is clear that patients or their proxies have the right to make decisions about whether to continue extraordinary treatment.

“In this case, the parents of Charlie” are his proxy, Haas told the National Catholic Register. “If the parents had actually become abusive of the child, custody could be removed from them and the child would become a ward of the state with the state making decisions on its behalf. But that is not the case here.”

Haas noted that the U.S. Catholic bishops' healthcare directives indicate choices about continuing “extraordinary or disproportionate means of preserving life” are the patients' to make.

“It says 'in the patient’s judgment,'” said Haas. “In this case, the proxies for Charlie, his parents,” are the ones with the right to make that choice.

In 2006, Pope Benedict XVI made Haas an Ordinary Member of the Pontifical Academy for Life. In June 2010, the pope emeritus named him to the Governing Council of the Academy.

He is one of the world's most well-respected experts on bioethics and Catholic teaching.

European courts determined the parents of Charlie Gard, who has a rare mitochondrial disease, don't have the right to take him elsewhere for continued treatment. Instead, his hospital can decide to turn off his life support against the parents' wishes.

Pope Francis, President Trump, Vice President Pence, Cher, and a number of other international figures expressed their support for Charlie and his parents. Charlie's mother, Connie, said the support of Pope Francis and Trump have been a major factor in keeping Charlie alive and bringing attention to the case.

The UK High Court will hear new evidence in favor of keeping Charlie alive on Thursday.