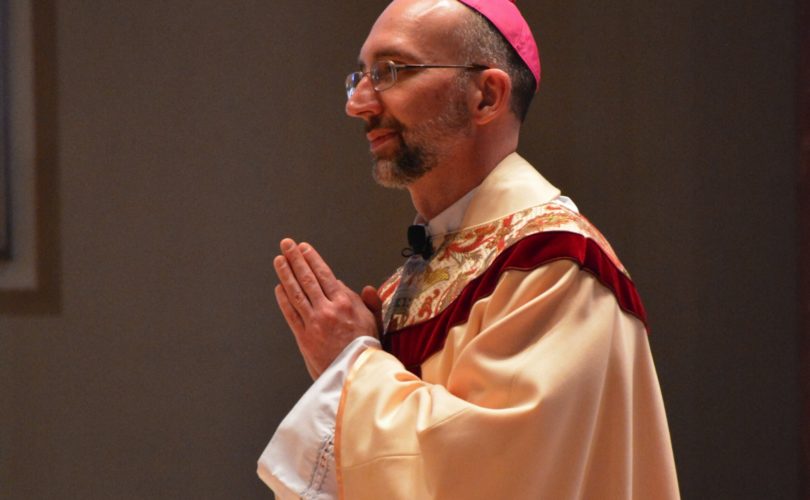 MARQUETTE, MI — Marquette’s Catholic bishop, John Doerfler, is standing behind St. Michael’s Catholic Church after it disallowed an openly homosexual man to serve at liturgies and exercise a leadership role.

“One of the qualifications for the public ministry within the Catholic Church is willingness to give witness to the Gospel and the Church's teachings.”

Last Saturday, Bob Brown participated in a “commitment ceremony” with his partner of 31 years. The next day, he was told that he would not be allowed to serve at the Mass in any of several roles he had previously fulfilled, nor could he sit on the pastoral council. He has been part of the church for eight years.

While the decision has brought media condemnation and local controversy, Doerfler has not backed down from his defense of St. Michael’s.

“Everyone is invited to follow Jesus Christ and is invited to be a part of the Catholic Church,” he explained in a written statement.

The bishop noted, however, that “one of the qualifications for the public ministry within the Catholic Church is willingness to give witness to the Gospel and the Church's teachings. Such ministries include serving at Mass as a lector or cantor. The inability to serve in a ministry does not disqualify a person from being a member of the Church.”

Brown told UpperMichigansSource.com that he is “a Catholic through and through,” and that he has “never hidden it.” “For them to change their mind so suddenly, I think, is shocking,” he said.

The Catechism of the Catholic Church states that “Homosexual persons are called to chastity,” and “tradition has always declared that 'homosexual acts are intrinsically disordered.'”

Last year, Holy Ghost Preparatory School in Philadelphia saw similar controversy arise when it fired a teacher who said he was planning on getting “married” to his partner in New Jersey.