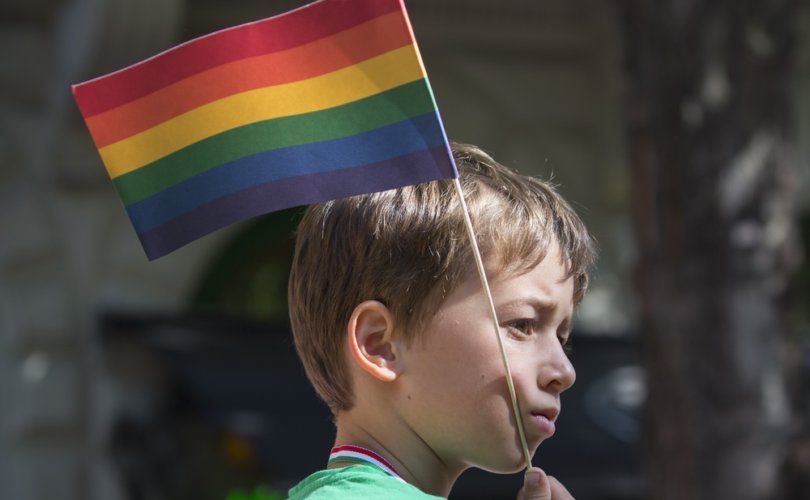 KITCHENER, Ontario, December 3, 2019 (LifeSiteNews) — An Ontario Catholic school board is holding a “spiritual development” day Friday for teachers that, with the blessing of the bishop, has a facilitator lineup of LGBTQ activists as well as a group that promotes “gender” ideology.

Moreover, the Waterloo Catholic District School Board has admitted to dismissing parents’ concerns about the event by sending them one pro-forma response, then ignoring them.

It also features workshops by “unlearn,” the Kitchener-Waterloo-based brainchild of Abhi Ahluwalia that runs school and employer workshops on helping people discover their “unconscious bias” — for a fee of $3,500.

Bishop Douglas Crosby has endorsed the spiritual development day through his vicar of education, Fr. Cornelius “Con” O’Mahony, whom WCDSB director of education Loretta Notten copied on emails between her and LifeSiteNews.

Notten admitted in a reply to O’Mahony inadvertently sent to LifeSiteNews that her policy is to send parents one canned reply, then ignore subsequent questions.

“Confidentially, the diocese has a policy that it does not respond to Life Site News,” O’Mahony wrote Notten. “They will never be happy with any answer you give them to these questions. I am sorry that your Faith day plans have to deal with this.”

Notten responded, “Thank you – I have consistently responded to each inquiry with the prepared answer. After that I have not responded further. I will treat this the same.”

In a request for comment to Notten, LifeSiteNews wrote that there was “good reason to believe these presenters, particularly the 'Unlearn' personnel, will be promoting gender ideology and homosexuality, in contradiction to Catholic teaching.”

“It seems you may be misinformed,” Notten responded.

“The focus of the workshops you reference is building communities of love and inclusion for all of our students. We are very confident in their purpose and appropriateness for our staff. Further, some trustees do plan on attending to hear the workshops for themselves to ensure it is in compliance with our policies,” she wrote.

“There is nothing that will be covered that is contrary to Catholic teaching,” Notten asserted.

“The workshops being delivered on our Spiritual Development Day are centered around our WCDSB Pastoral Theme, Called to Belong – All one in Christ Jesus. Our theme has its roots in the ACBO’s letter on Catholic education Renewing the Promise.”

However, Teresa Pierre, executive director of Parents As First Educators (PAFE), pointed out that the WCDSB pro-forma reply did not “state that the presenters would respect Catholic teaching on gender and sexuality.”

Parents need to ask the board whether any presenter would: 1) “say that there are more than two genders,” and 2) “endorse gender as a non-binary, fluid concept,” advised Pierre on the PAFE website.

The December 6 WCDSB spiritual development day includes a workshop on “Equity: Building Capacity for LGBTQI2S+ Students” facilitated by Grundy, who wrote a book in 2015 describing her rejection of Catholic teaching on homosexuality, and who admitted to being a lesbian relationship for about a decade during her 28 years as a Catholic prinicpal.

“Jesus was a man who welcomed, accepted and celebrated all people. This workshop will offer practical strategies for how to support some of our most vulnerable students, those who identify as LGBTQI2S+” reads the description of Grundy’s session.

Former Catholic teacher Welbes-Godin is well-known for his LGBGQ advocacy as coordinator for diversity and inclusion with Egale and liaison between the homosexual activist group and the Ontario English Catholic Teachers’ Association (OECTA), itself notorious for a leadership that dissents from the Church’s teachings on sexuality.

Welbes-Godin blogs at New Ways Ministry, which has been condemned by the Vatican and the United States bishops’ conference for its dissent on Catholic teaching on homosexuality.

In a January article for NWM, he lauded parents for successfully lobbying the Ottawa Catholic School Board to reverse its ban of Raina Telgemeier’s popular graphic novel Drama, which includes “an onstage kiss between two adolescent boys,” from elementary schools.

“What is important that the majority of parents are now empowered to speak truth to the knee-jerk reactions of nervous administrators. Their voice is growing … The voice of opposition to institutional homo/bi/transphobia,” he wrote.

As for “Unlearn,” the company “teaches the scientifically invalid ideas of multiple genders as well as the notion that white children are bigoted against other races due to ‘unconscious bias,’” noted Pierre.

“I can’t believe the school board actually has the audacity call this anti-Catholic propaganda event a ‘Spiritual Development Day,’” he told LifeSiteNews.

“Well, I suppose it will be spiritual programming in a sense. Just that it will not be inspired by the Spirit of God,” added Fonseca. “This programming comes from the Adversary of God and man, and it seeks to drive teachers farther away from the truth of God.”

Genesis reveals that “God made man in His image. In the image of God He Made him. Male and female He made them,” Fonseca said.

“By destroying the belief that God created males and females, and getting Catholics to believe instead that male and female don’t exist, but are social constructs, and that we can each choose whether to be a man or woman or 70 other ‘genders,’ the devil is spitting on God’s very image in creation.”

“Catholic education should be Catholic,” he wrote in Crisis Magazine. “The secular world can be enticing, but Catholicism has something better to offer.”